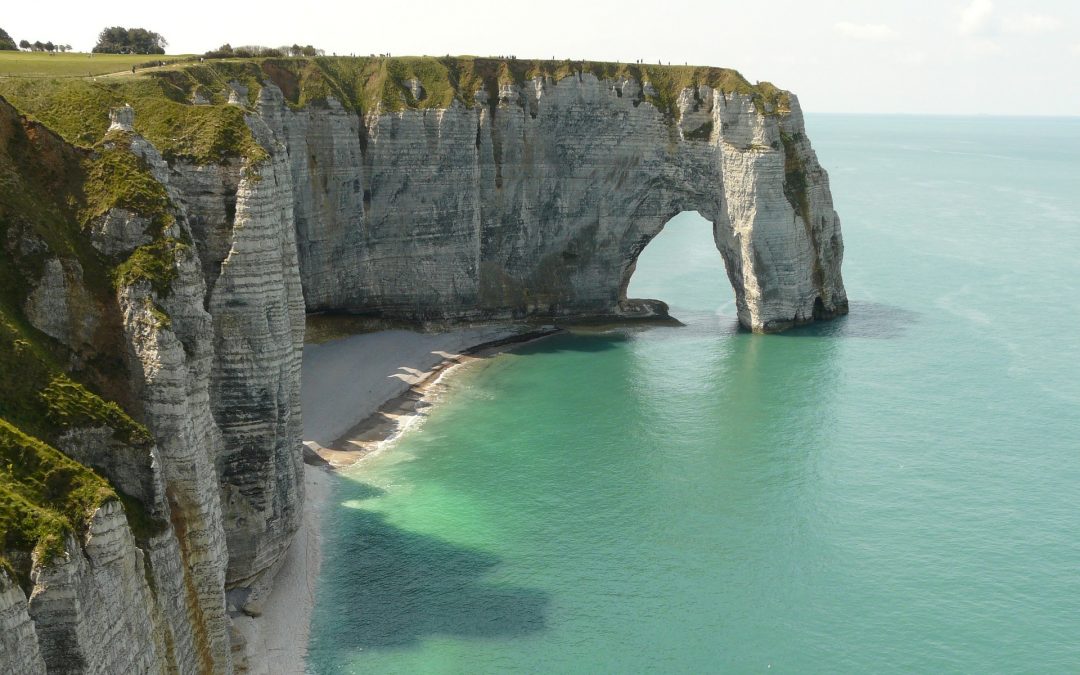 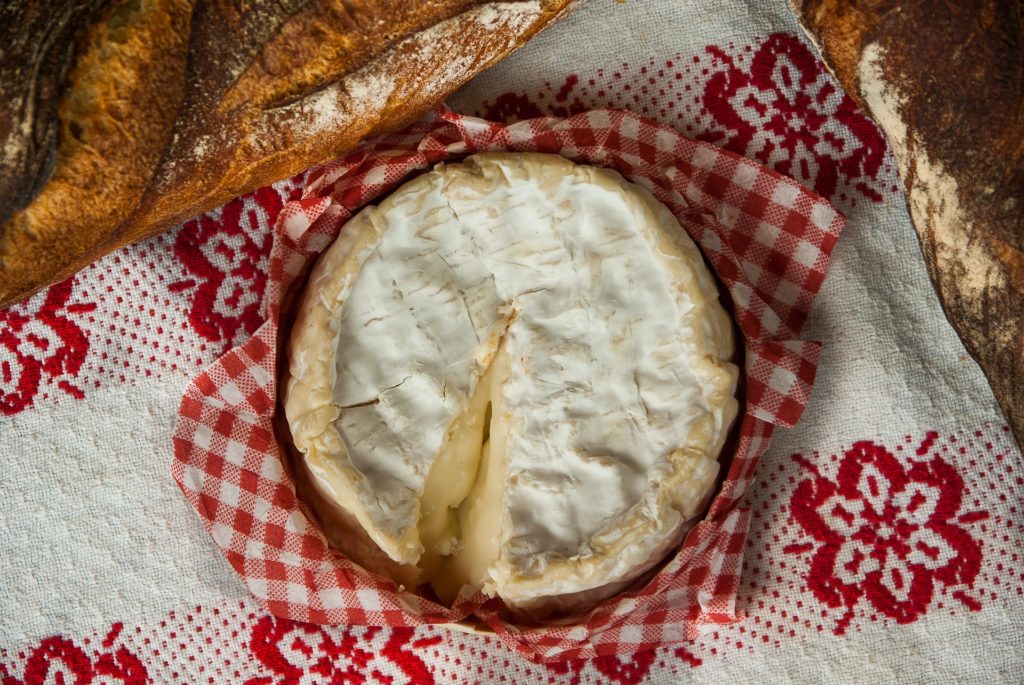 What is Normandy most known for? If you ask an American, he or she will likely say D-Day, the decisive battle of World War II. But if you ask the French or other Europeans, in addition to D-Day, they may tell you horse racing or cheese.

Surprised? How about apples? Normandy is the leading apple region in France, with 800 varieties and many products made from them. Some of these products are Calvados (apple brandy) and cidre, a beverage traditionally served with crepes. 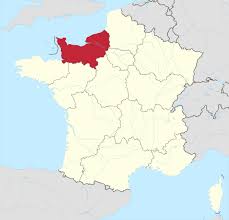 The region of Normandy

Historically, the dukes of Normandy had as much power as the monarchs of France, unlike today. Modern Normandy reminds you of a peaceful pasture studded with picturesque towns and green hills.

Normandy is also the main area in France for Camembert cheese and the supplier of most of France’s dairy products overall. Whether or not World War II history is your interest, there are many destinations in Normandy that are worthwhile. Enough for an entire road trip!

If you’re starting in Paris, you can count on around two hours to reach the Normandy coast driving straight through. But you wouldn’t want to do that. Of course, you’ll prefer to stop along the way. 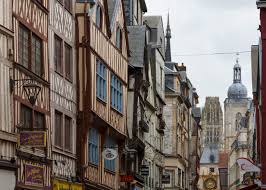 Your first stop will be Rouen (see post for more details), which is about an hour and forty-five minutes’ drive from Paris. Stay at least a day, enjoying the half-timbered buildings in the old town and small canals here and there. This is the town where Joan of Arc was burned at the stake in the 15th century, and there is a modern church in her honor.

When you leave Rouen, head north to the coast where, in about an hour, you’ll arrive in the town of Fécamp. It’s a coastal resort town, complete with stunning white cliffs (the tallest in Normandy) and plenty of history. Here you can also visit the Palais Benedictine, a gorgeous palace where you can take a tour of the Benedictine distillery. 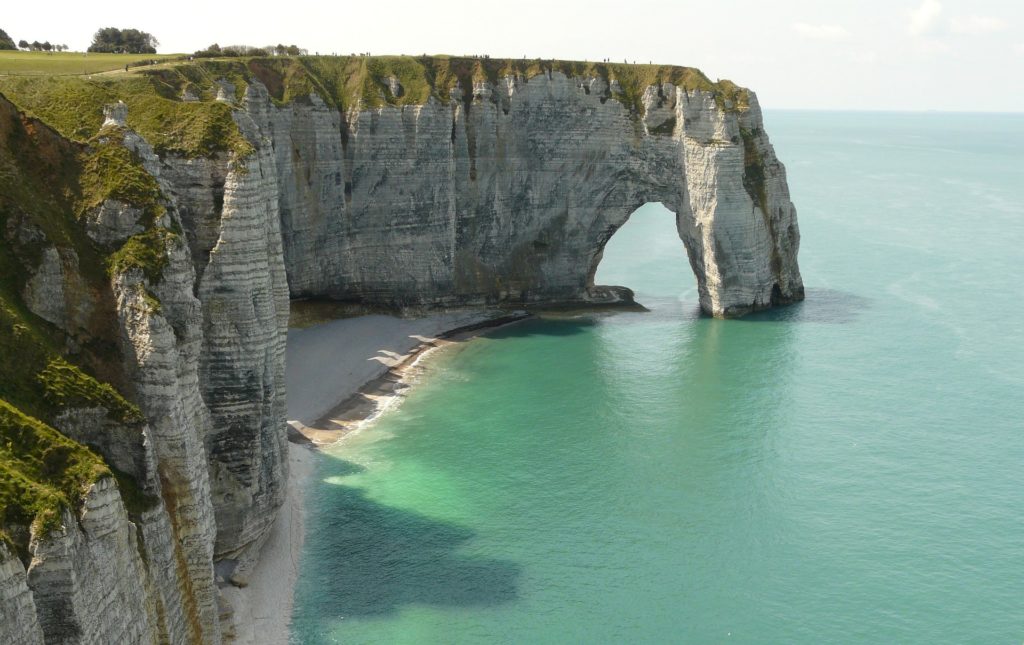 From Fécamp, head west for about 25 minutes and you’ll arrive at the idyllic town of Etretat, one of the most photographed towns in Normandy. You’ll want to stay there a day or two and drink in the beauty and fresh sea air.

After that, you’ll head south toward le Havre in about 30 minutes. Here you can visit the modern art museum (Museum of Modern Art Andre Malraux) http://www.muma-lehavre.fr/  It’s one of the best museums outside Paris for Impressionism. Le Havre is one of the largest cities in Normandy. 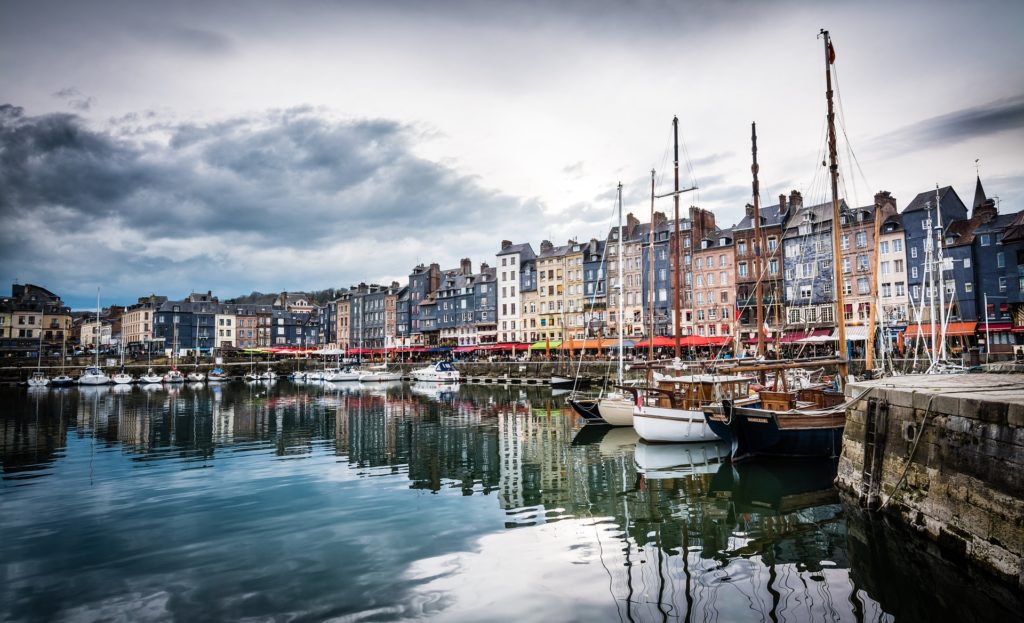 Whether or not you visit Le Havre, you should certainly see Honfleur (45-minute drive from Etretat.) The Old Port may look familiar since it’s been painted by masters such as Claude Monet and photographed by many since then. You’ll want to take in the medieval architecture, seafood, and history.

The next stop will be Deauville, if a lively seaside resort is your craving. You can get there from Honfleur in about 25 minutes. In Deauville, you can join the crowds on the beach, visit the casino, go to horse races, and enjoy the good life!

Drive from Deauville slightly southwest for about 50 minutes and you’ll reach the city of Caen. The main attraction here is the fascinating and moving Caen Memorial Museum, a World War II museum dedicated to France’s involvement. You’ll want to spend at least a couple of hours here before moving onto your next destination, Bayeux. 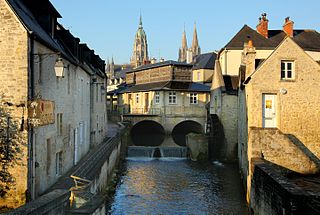 From Caen, drive northwest for about 30 minutes to arrive at Bayeux. You’ll definitely want to spend a day and night in this lively, interesting town. It boasts the famous 13th-century tapestry depicting the Norman invasion of England in 1066 as well as the magnificent Cathedral Notre-Dame de Bayeux. Otherwise, the medieval cobbled streets and half-timbered houses of the Old Town will likely entice you to stay an additional day.

Or more than an additional day, because if you want to visit the D-Day Beaches, this is a good jumping-off spot. You can drive northwest for 25 minutes to the coast from Bayeux and spend the day visiting Omaha Beach, which is the wartime code name for a 5-mile stretch of coast between the towns of Sainte-Honorine-des-Pertes and Vierville-sur-Mer. Nearby is the American Cemetery. 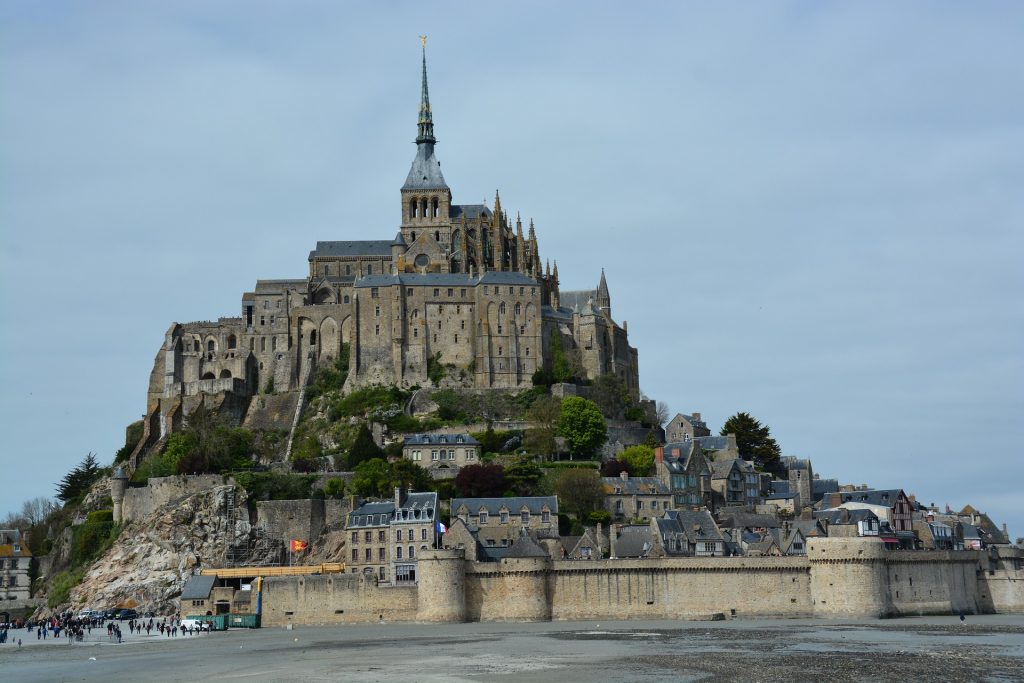 If you want to visit Le Mont Saint Michel (and you should definitely see it at some point!) drive southwest for about 1 hour and 45 minutes. It’s a long drive, but well worth it. Bayeux is a good base for this as well.

Heading north can be unforgettable!

Like Road trips? Here’s a new book from K. B. Oliver: Hit the Road in France: 9 Road Trip Itineraries Across France