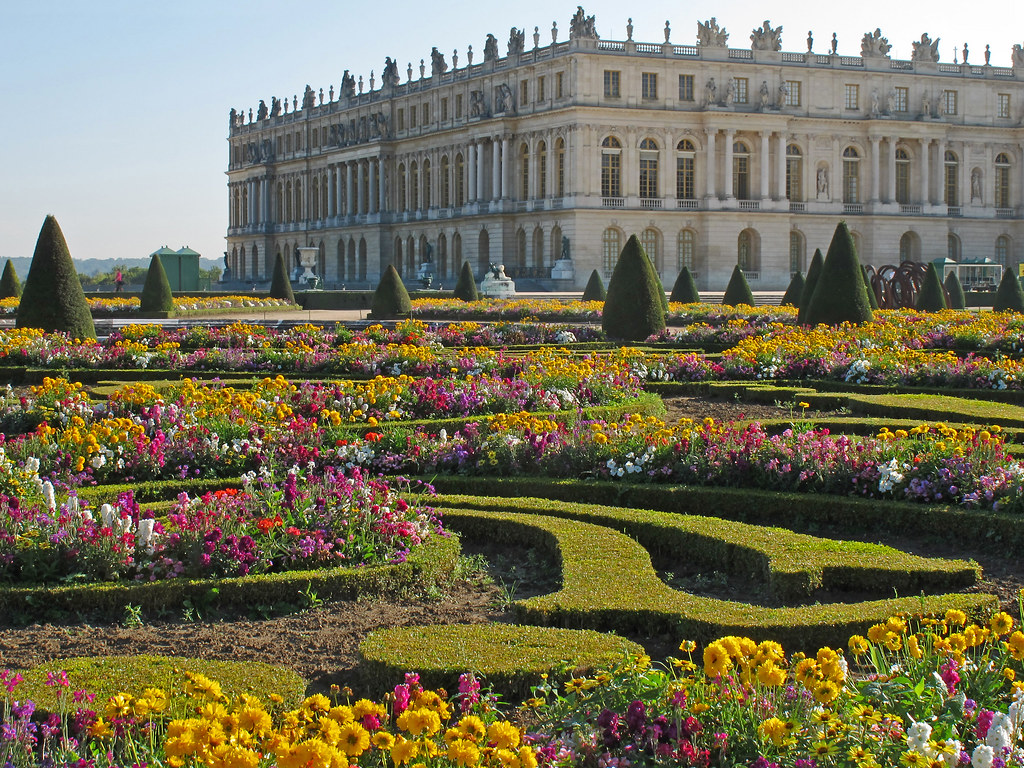 When people hear the name Versailles, they often think of the opulent château. The Château de Versailles is a must-see on many a tourist’s list! This was where King Louis XIV moved when he wanted to escape to the suburbs. But did you know that the town of Versailles is worth a serious visit as well? The two of them, town and château, make a fabulous day trip to the outskirts of Paris. In this post, you’ll learn the broad strokes of the town and the Château.

If you’re traveling by public transport, you can easily get to Versailles from Paris on the RER C, one of the commuter trains that goes in and out of Paris. Take the RER C train in the direction of Versailles R. G. (Rive Gauche). The train you want will have a name starting with the letter V and you’ll see that on the top front of the train. Go to an RER station or connect to one via the metro system. The trip will take about an hour and cost around 7 € 30 round trip. Then there will be a 10-minute walk to the château. Another option is from Gare Montparnasse to the Versailles Chantier station (a different station in Versailles.) 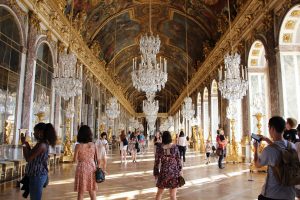 In 1682, King Louis XIV, transformed his father’s hunting lodge on the outskirts of Paris into the seat of government, the magnificent Château, boasting 2300 rooms. The center of French royalty continued here until the French Revolution. After that, Napoleon made use of it once in a while. In the 19th century, it became a museum. You won’t quickly forget the gorgeous Hall of Mirrors, the King’s Apartment, or the stunning works of art in each room. All around the castle are the lavish gardens, statues, and fountains. You can visit just the park for free, for a top-notch picnic place with plenty of room to roam. (Honestly, you can spend literally hours in the park alone. I have done it!) Otherwise, Château tickets (including the park) costs 18 € for adults. 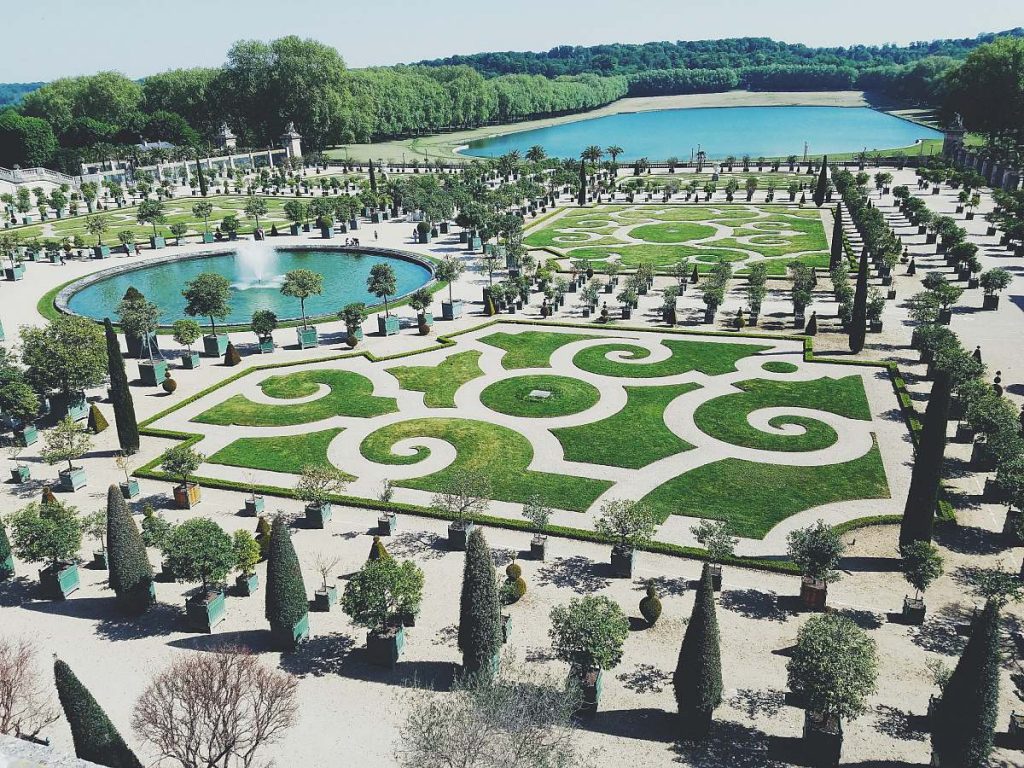 On the grounds, you can also see the Grand Trianon, a special “getaway” palace for the king (who apparently still needed one, even with over 2,000 rooms in his palace!) It was called “the little palace of pink marble” and is truly beautiful. Le Petit Trianon was favored by Marie Antoinette, wife of a later Louis (XVI), although she also loved spending time in what they call The Queen’s Hamlet, a rural-looking dwelling to take her back to the simple life. You can visit the Grand and Petit Trianon buildings at an additional cost, or with a combination ticket. There are plenty of combos passes available, some with light and fountain shows, an equestrian show, a guided bike tour of the park, and many more options. Two-day passes are also available. See their website for more info. 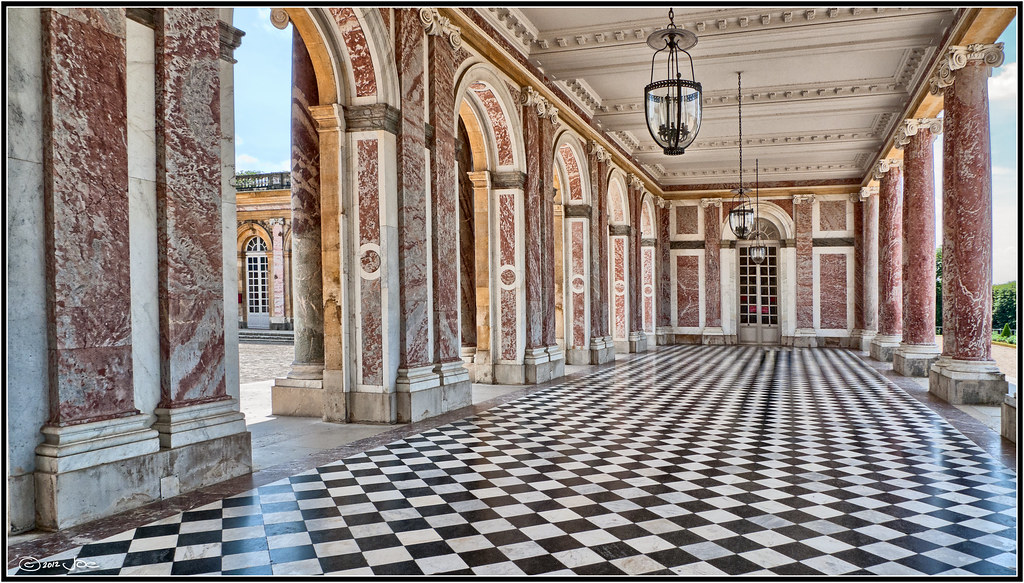 The Town of Versailles

The town existed at the command of King Louis XIV, who wanted it to be his town for his castle. He destroyed what was already there and built what is today a very chic, lovely town spreading out from the Château. You’ll love wandering the narrow streets, visiting the open market, and scoping for antiques. Versailles boasts the widest avenue in all of France, Avenue de Paris. In Versailles, you’ll find the hub antiques, with 50 dealers, as well as art galleries. Even if antiques aren’t your interest, you’ll love browsing the shops, streets, and markets of this neighborhood, divided into four distinct buildings of this area. (Le Baliwick, Le Village, Le Passage, and Le Carré.) 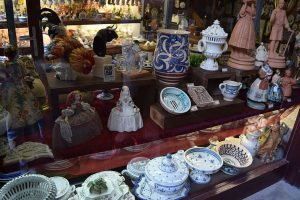 The Notre Dame district, the oldest neighborhood, is organized around King Louis’ church, Notre Dame. There, you’ll enjoy well-loved markets on Tuesdays, Fridays, and Sundays. Decorative town squares and interesting sites and architecture—such as the Montansier Theatre, Hoche Square, and the Lambinet Museum—will draw your attention (and camera!) on every street.