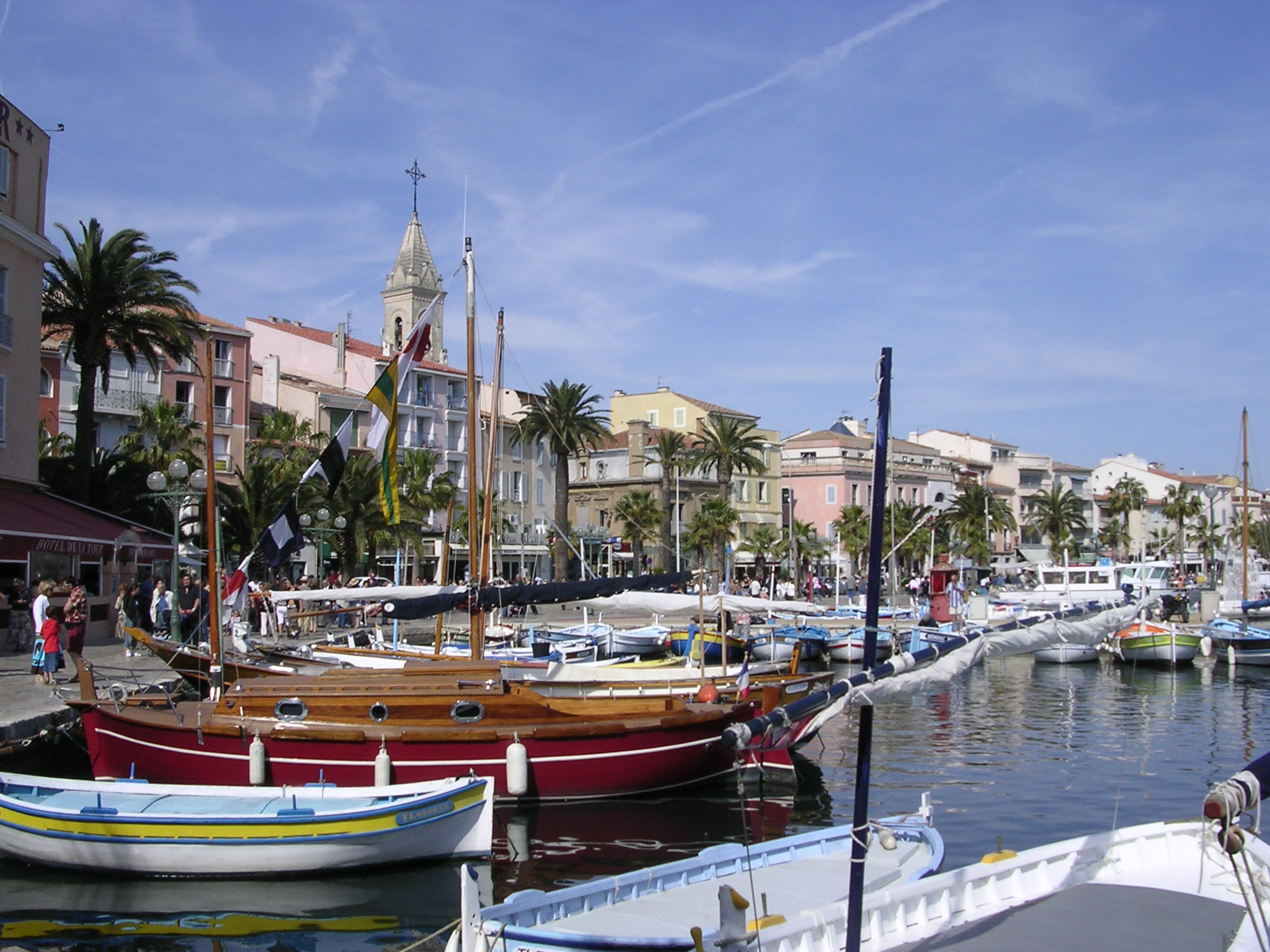 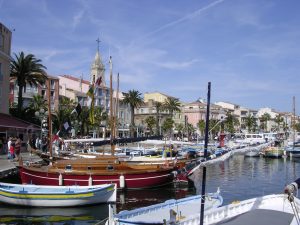 1980s. it’s a place to enjoy beach life on a village scale. There are small beaches, with an animated village life all year round.

It is thought to be the sunniest place in France, though I have heard the same about Menton, near the Italian border. You’ll have to visit both and make up your own mind! It does get its share of windy days from the Mistral, a gusty Provence wind from the Rhone valley, and this makes it popular with wind surfers.

The best part of Sanary is the port and the natural harbor, surrounded by palm trees and pastel-colored buildings, as well as a lively, fun atmosphere. The harbor is filled with brightly-painted wooden boats. Fresh fish is sold from them daily by local fishermen. There is an outdoor market daily where you can buy fresh produce or flowers. Wednesdays there is a bigger market. There is a boardwalk (esplanade) near the waterfront.

Just before the Second World War many German writers, including Thomas Mann and Franz Hessel moved to Sanary to escape Nazism. English writers, such as D. H. Lawrence,  went there too. Jacque Cousteau had a house there, and it was nearby that he and Frederique Dumas invented the aqua-lung. There is a museum called The Frederique Dumas International Diving Museum housed in a 13th century Romanesque tower. 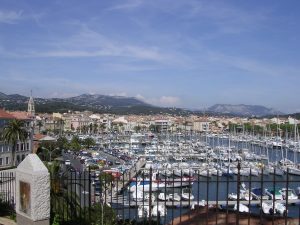 Of course there are lots of things to do.

As you can see there’s quite a lot to see and do, both in Sanary-sur-Mer and nearby. It will keep you busy…or not, if you prefer to bake on the beach. Up to you, in this small, beach side treasure.