Adventures on the France-Spain Border 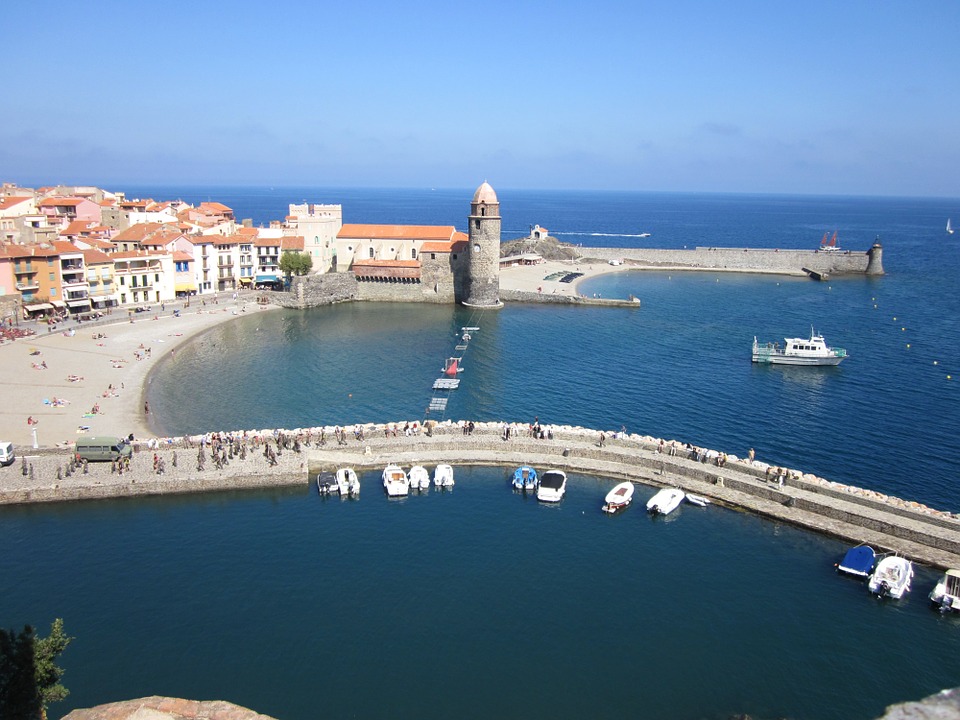 The France side of the France-Spain border might be out of your way, but it’s well worth the detour. In this southwest corner, you’ll discover a wide variety of towns and experiences, from glitzy beaches to pilgrimage sites.

Starting in the far southeast corner of this band of land between the two countries, a new trip itinerary awaits you!

You can fly into Toulouse and work your way westward in a rental car. 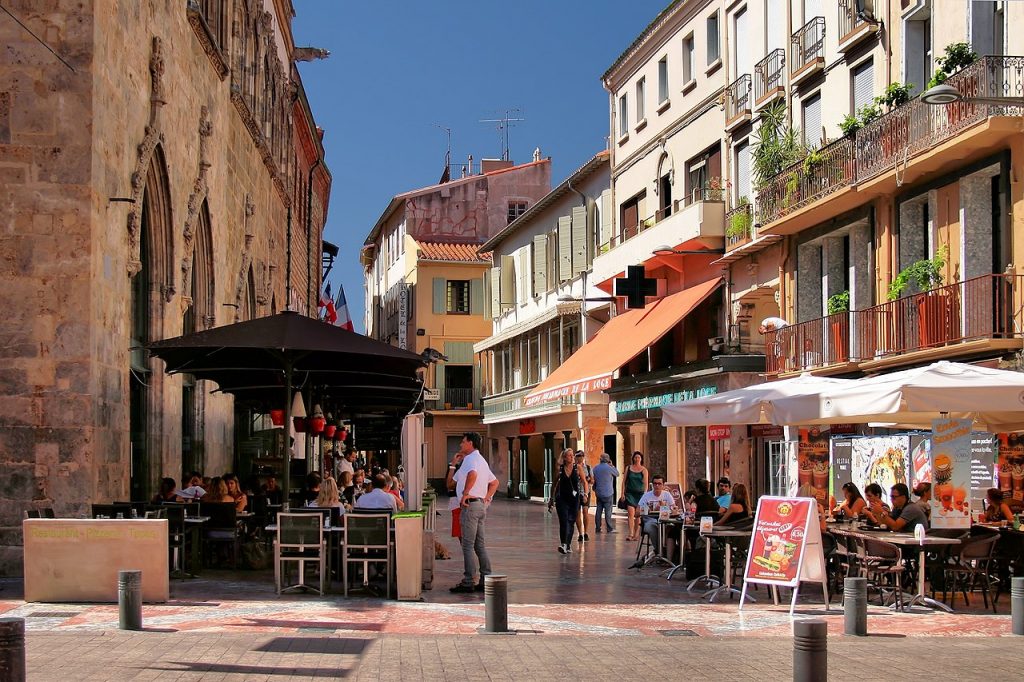 Perpignan A mid-sized town on the Spanish border, Perpignan was Spanish before it was French. It became officially French in 1642. Today, it is known as the capital of French Catalonia. Only 15 minutes and you are at the beach. Not far are the foothills of Pyrénées. The Catalan influence is everywhere, including in restaurants (enjoy your tapas as well as your crêpes!)

You’ll have to see the castle of the Kings of Majorca. Explore the medieval streets inside the ramparts. I love canals, and Perpignan has them snaking through the town. The TGV train links Montpellier, Barcelona, and Paris. Perpignan boasts 300 days of sun a year!

Collioure  Not far from Perpignan (26 minutes by car) as you descend the coast, you’ll arrive at Collioure. This smaller town shares the Catalan culture. Despite being very picturesque and having 5 beaches, Collioure isn’t overrun by tourists. It’s only 15 miles from Spain, so you can pop over and visit if you like after you’ve toured the quaint city streets of Collioure. It also has its own 800-year-old chateau.

From Collioure, you’ll likely head back up to Perpignan. If you want bigger highways, you’ll need to head back to Toulouse in order to eventually descend toward Lourdes. Four hours later, you’ll be there.

Lourdes, a small town in the foothills of the Pyrénées, is a very important Roman Catholic pilgrimage site. There is a fortified castle in the town, but it is most famous for an event believed to have occurred in 1858 when the Virgin Mary appeared several times to a local woman named Bernadette. Today, over 6 million people per year visit the town, many in hopes of healing by the spring water in the grotto where the appearance occurred. Lourdes is second only to Paris in the number of tourists it receives annually. 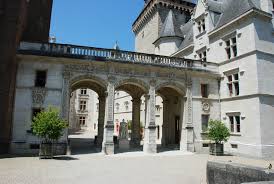 Pau  Next on the itinerary is the city of Pau (pronounced Poe). If you drive for around 50 minutes west from Lourdes, you’ll reach Pau. The castle of Pau was the birthplace of King Henri IV in 1553. Later, Henri Navarre was also born in the city. As is the case for other cities along the Spanish border, the foothills of the Pyréneés rise up to make stunning views. In the 1800s it became a resort city and many English tourists flocked there to enjoy the climate.

The castle offers guided tours in French or Spanish. There is a pamphlet in English available. Stroll along the Boulevard des Pyrénées while you enjoy mountain views and people-watch. Just south of Pau is a national stud farm for horse-lovers. There you can see regional thoroughbreds. In Pau, you can visit museums and see impressive architecture, as well as enjoy outdoor sports year-round. 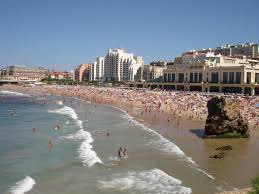 Biarritz  Keep going west (drive about one hour and a half) and you’ll arrive at Biarritz, known for fun in the sun in a classy style. It’s also a surfer’s haven, with a long coastline of waves to enjoy. Back in the day, it was a favorite hangout for Napoleon II and his Spanish wife, Eugénie.

There’s more to do than lay in the sun. The Cité de l’Océan is a museum and theme park combined. You can also visit Musée de la Mer, the sea museum. In summer, a free shuttle takes you from one to the other.

St-Jean-de-Luz   For a somewhat quieter vacation experience (fewer crowds, less glitz), travel down the coast from Biarritz about 25 minutes until you reach St-Jean-de-Luz, in the heart of Basque country. Enjoy the crescent-shaped shore and Basque architecture all around. In the 17th century, this was one of the most important fishing ports in the country. In 1660, King Louis XIV married Spain’s Maria Theresa in this town in the Church of St. John Baptist, a famous landmark. Enjoy the beach and promenade, the main street of the old town where you can get Basque print linens as well as Basque specialties.

Throughout your visit to the French-Spanish border, you’ll be overshadowed by the Pyrenees mountain range, so you’re sure to have natural as well as manmade beauty wherever you go.