Amboise: A Nearby Chateau…or Two 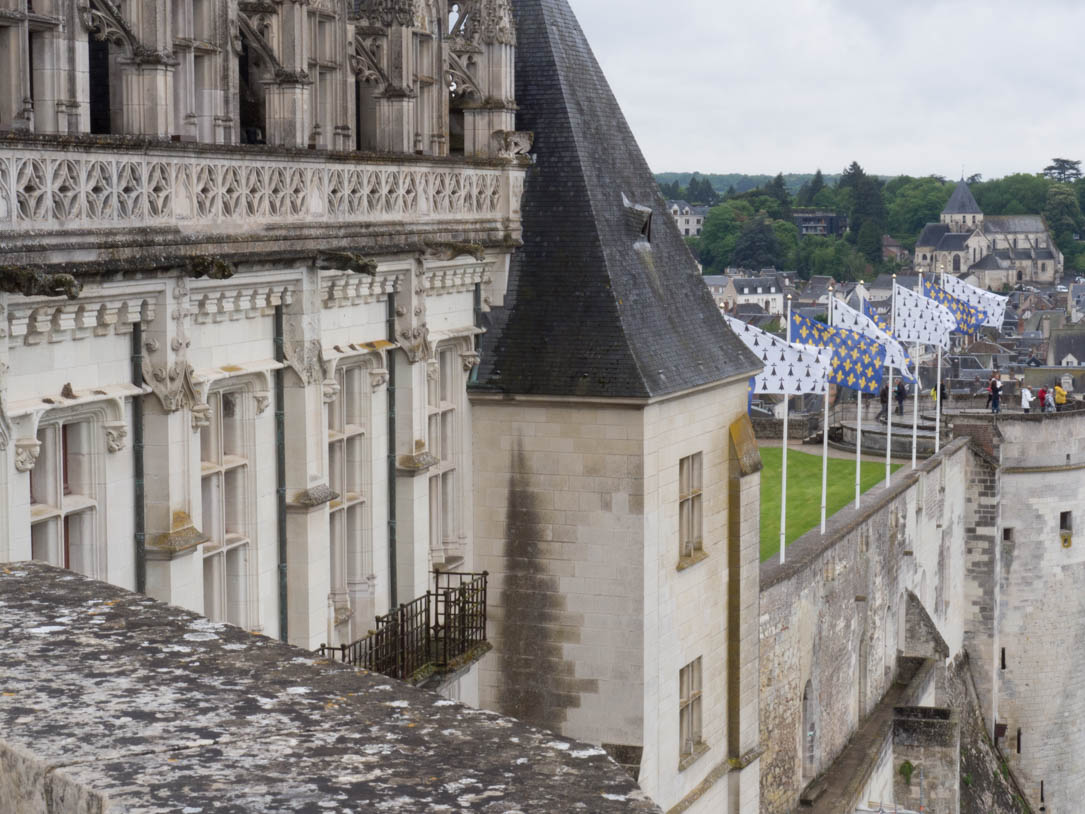 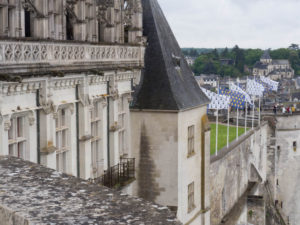 arrive in the town of Amboise in the Loire Valley. Of course there are many chateaux in the towns dotting this valley that surrounds the longest river in France. But Amboise is a good place to start for two purposes: One, if you’re visiting Paris and you have an extra couple of days to go on a side trip, but don’t want to go too far. Two, you’re doing a Loire Valley tour and you need a good jumping-off place. 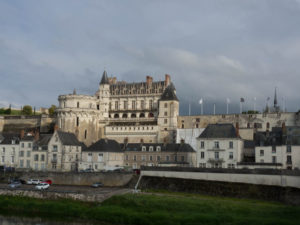 Amboise is that and more. Tours is also a good base for exploring this region, since it divides the Valley more or less in half. If your taste is a smaller town for your home base, Amboise is a good choice. From there you can visit the castles of Chenonceau, Chambord, Chaumont, or Blois, among others. (And of course there is much more to see in the Loire Valley than chateaux, as I will explain in future posts and my upcoming book on the Loire Valley.) But this is just a start. 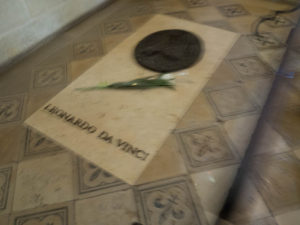 And Amboise has its own chateau with its own intriguing history. A second chateau, however, draws much interest. That is Clos Lucé, where Leonardo da Vinci spent the last 3 years of his life. He didn’t sit idly around, either. The chateau is filled inside and out, on the surrounding lawns, with his inventions and experiments.

But first a bit of history. The year is 1515. François I has just ascended to power and the seat of the monarchy is Amboise. The Italian Renaissance has already had an influence in France and King François is a fan. So he persuades Leonardo da Vinci, elderly by that time and losing some of his habitual patronage, to move to France. He is given a smaller chateau, Clos Lucé, to live in, a generous allowance, and complete freedom to express himself artistically. Each time Francois has a party, Leonardo provides the atmosphere with his inventions. (He brought several paintings with him when he arrived, including the Mona Lisa. That is how she got to France and eventually found her home in the Louvre.) 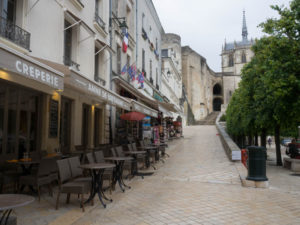 As for Amboise it is here where Anne de Bretagne lived. Why is this significant? Because it’s by her marriage (at the age of 14) that Brittany was acquired and became a part of France. (Culinary note: In the main square of Amboise there is a crêperie called Anne de Bretagne that is very good and reasonable.)

Guided tours are available at the Amboise Chateau. There you can learn about the high and low points of the royal family. For example, poor Anne gave birth to ten children, all of whom died. Then her husband, Charles VIII, hit his head on a doorway and also died. Mary Queen of Scots spent her childhood here. Treaties, conspiracies, and the comings and goings of the royal family for centuries… 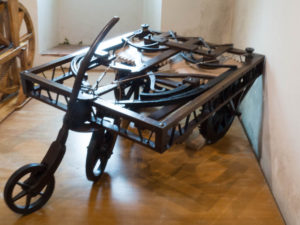 You can also see where Leonardo is buried in the chapel, and take note of all of the architectural interest of the period (including a special tower where horses were brought up on a circular ramp.) 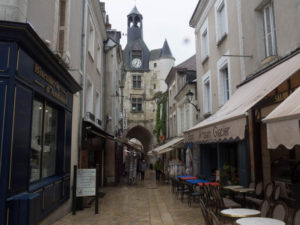 Trains and buses are available to visit other towns and chateaux. A car is really helpful for nearby visits. A lovely hotel close to the train station but completely walk-able (cross the river) to the Old Town is La Brèche, a 2-star great-value establishment. Meals also available there.