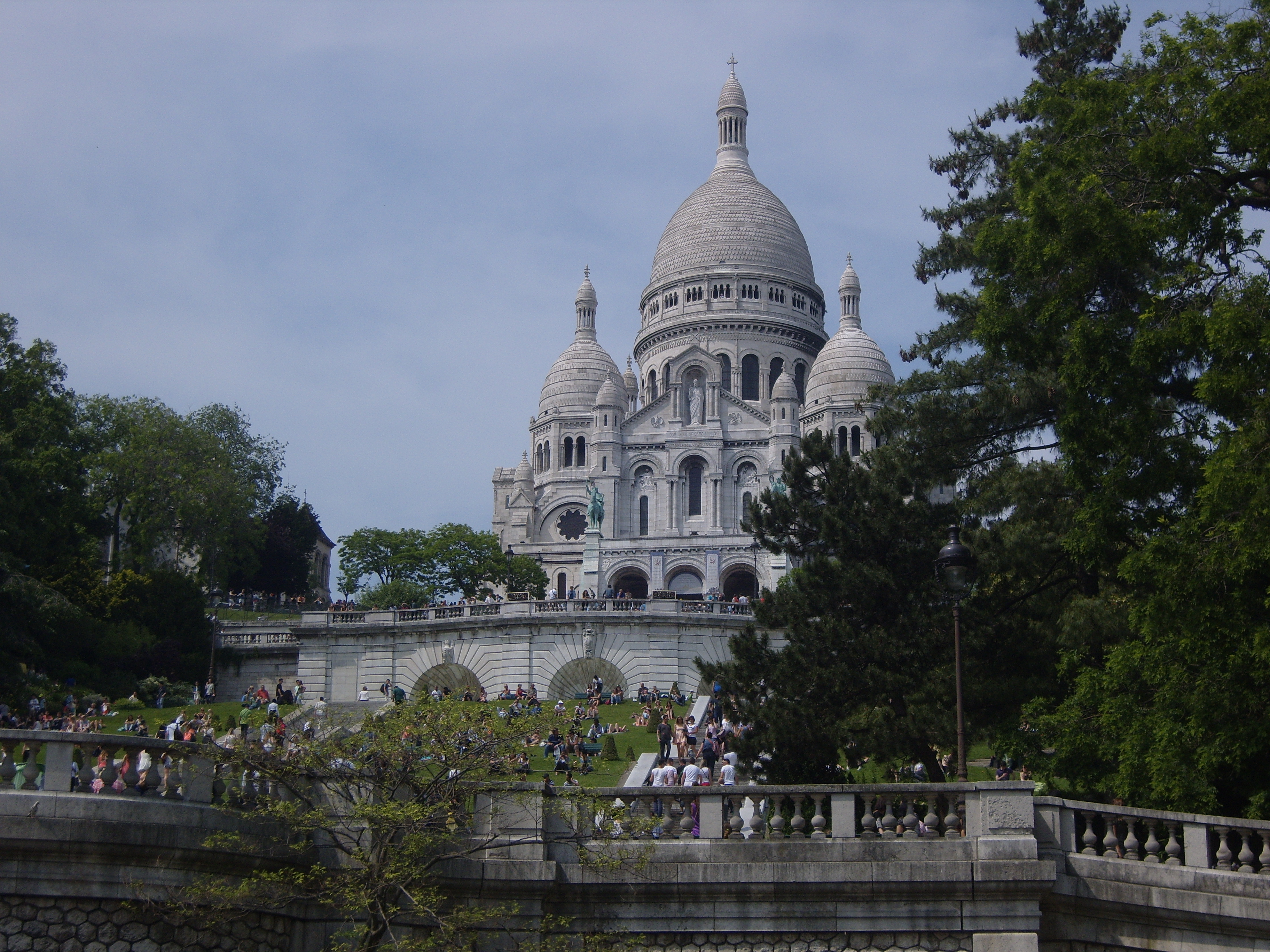 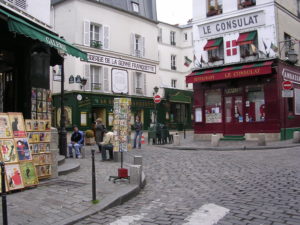 If you have seen the popular movie, “Amelie,” you may have been drawn into the character’s world by the unique charm of the Montmartre neighborhood of Paris. Today, this is one of the top “must-see” areas of Paris, dominated by the Sacré Coeur Basilica. An equal attraction is the area surrounding it, which maintains a village charm, and the stunning views of the city from the summit.

Montmartre is the highest point in Paris. As soon as you get off the métro (northern part of the city in the 18th district) you’ll notice hills and terraces around you. The more you explore, the more you’ll get your workout up and down narrow staircases that lead from one “terrace” to the other. 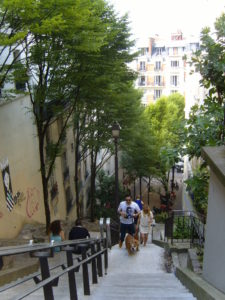 You’ll find many flavors in Montmartre. If you were to debark at the Barbès Rochechouart métro station (line 2) you’d feel transported into an energetic marketplace. Improvised “stores” with tabletop displays or a cloth laid on the ground greet you, lining the sidewalks next to permanent shops on the Boulevard de Rochechouart. A little further west on the same street is the Anvers métro station, the closest to Sacré Coeur. 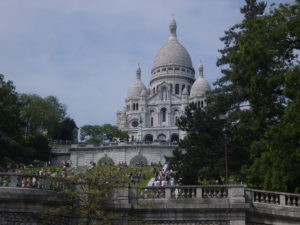 Get off there and you are nearly in a direct line (up the hill, of course) to the Basilica. Take Rue de Steinkerque past the fabric merchants and souvenir shops. At that point you have a choice to make: climb the stairs toward the gleaming white-domed church ahead of you or take the funicular for a less athletic choice. It will cost you only a métro ticket. The advantage of climbing, however, is you can stop and see the city gradually spread out before you the higher you climb. 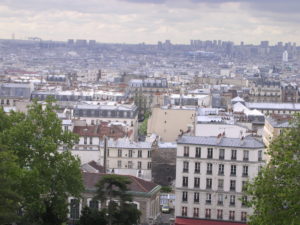 The highest point in Paris

In the days of the Romans, there were pagan temples on this hill. Later Saint Denis attempted to Christianize the area but ended up losing his head, leading to the naming of Montmartre as the mountain of the martyr. Christianity did take hold, however, and there are several impressive cathedrals to see there. It wasn’t until 1860 that this village was annexed into the city of Paris.

In the late 19th century a new style of painting was taking hold in France. It was called Impressionism and began with Claude Monet, whose departure from literal lines and life-likeness led one critic to say Monet’s work, Impression Sunrise, was only an “impression” of a painting. The term caught on and today it equals artistic expression, using light and nature. Impressionism makes one think immediately of Montmartre. Back then there were vineyards and windmills in the landscape. Now there is one vineyard on Rue Saint-Vincent and two windmills (not including the Moulin Rouge!)

Throughout the 19th century, artists, composers, and writers flocked to Montmartre. Scattered around the winding neighborhoods you can still see the former homes of some of the Impressionists, such as Modigliani, Renoir, and Utrillo.

Here are some things to see and do in Montmartre 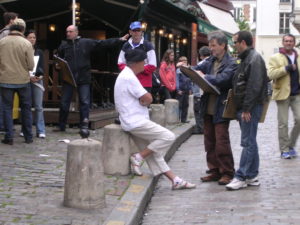 For more information on things to see and do in Montmartre, check out Magical Paris: Over 100 Things to do Across Paris, recently updated and expanded.