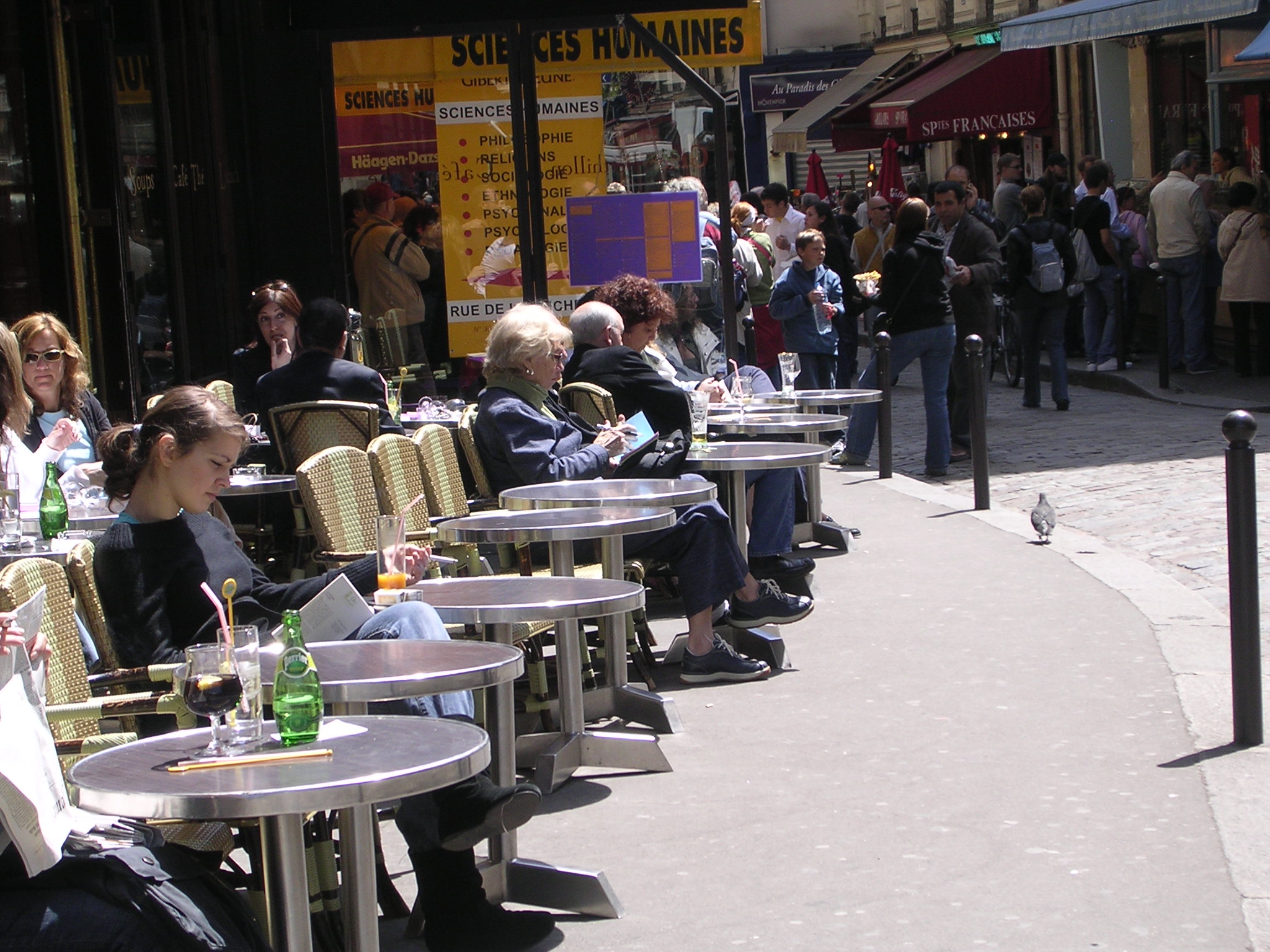 The Parisian café is something of an icon, one that exists everywhere. It is almost as synonymous with Paris as the Eiffel Tower, complete with the row of round tables facing outward to the sidewalk. Even though the weather in Europe can be fickle, small tables outdoors grace many sidewalks around the capital city, and there will always be someone parked there with a newspaper, an espresso, or a café crème. 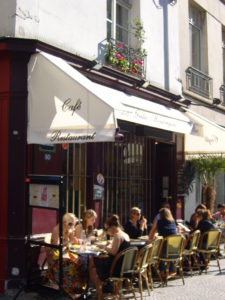 The very first Parisian café was opened in 1672, and the earliest successful one was the Procope, opened in 1686. The Procope still operates today, and is the oldest café in the world! Benjamin Franklin, Voltaire, Thomas Jefferson, and Jean-Jacques Rousseau are among the notable historical figures who frequented the Procope. It is on the Rue de l’Ancienne Comedie, in the 6th district. 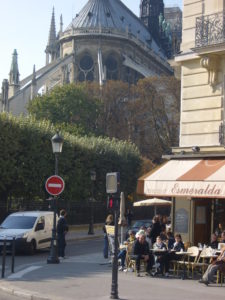 Cafés have always gathered people for friendship, meetings, and escape from the elements. Many writers, artists, politicians, and revolutionaries have advanced their projects in cafés. Historically the Parisian café was an equalizer, people from every walk of life could go. In the 18th century, women didn’t frequent cafés, but gradually they, too, began to enjoy this formerly male environment.

Some of the most famous cafés in Paris are Café de la Paix, Les Deux Magots, Café de Flore, La Coupole, and Café de la Rotonde. Back in the day at Les Deux Magots, you could find the likes of Ernest Hemingway, and philosophers Simone de Beauvoir and Jean-Paul Sartre. 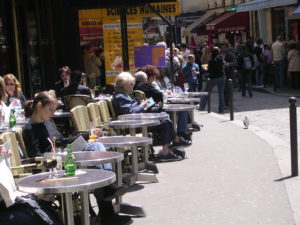 Here are the basic guidelines of the Café culture: you should people-watch. Just sit on the row of tiny, round tables facing outward. You can take all the time you need. If you order a drink, it is customary to round up, even if tips are included in the price. You can’t smoke inside any café, and you can’t bring your laptop (usually) and spend hours without eating anything. And don’t call the waiter “garçon”. Just say “excusez-moi, s’il vous plait” and that will work just fine! 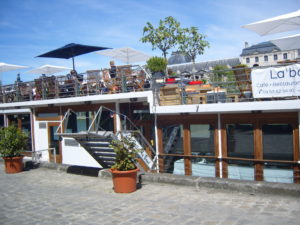 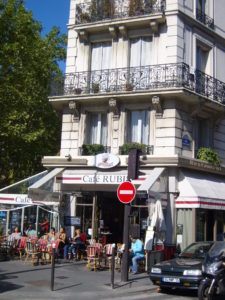 At a French café, along with coffee (if you ask for un café you will be served a demitasse of espresso) you can get tea, wine and beer, and a variety of mineral waters and fruit juices. A café alongé is diluted, so not as strong. A noisette is expresso with a small dollop of cream. If you prefer something without alcohol, there are options. Many cafés offer four to six kinds of fruit juices in small bottles. There is also limonade, which is a carbonated lemon-flavored beverage, and panaché, a blend of lemonade and beer.

While you’re visiting Paris, be sure to frequent several cafés and experience the French Rhythm, which is relaxed and knows how to savor the moment.