About French Cuisine    (and big news below!)

French cuisine is actually made up of many types of cuisine; there are special dishes from every region: Alsace, the Alps region, the Southwest, Brittany, Normandy, the middle (Auvergne, Lyonnais,) as well as Paris. Each region adds special ingredients from that region (cheese from Auvergne or Savoie in the Alps, seafood dishes from Brittany and the southwest, for example.)

French cuisine is often known for using a lot of wine, butter, cream, and cheese, giving it a reputation for being rich and heavy. This is not always the case. There are many family and restaurant dishes that are light and simple. You can usually find a meat or fish dish that isn’t covered in creamy or buttery sauce (although that would be yummy.) 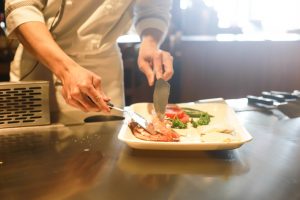 Prior to the 17th century, French cooking was influenced by foreign cuisines, such as Italian. But in the 1600s, French cuisine developed its own unique identity. Much of this culinary revolution was due to François Pierre La Varenne, who wrote the first French cookbook. He was the first to put into writing the achievements and changes in cooking and codify cooking practices. Using butter instead of lard as well as Béchamel sauce and bisque were his ideas. He coined many of the cooking terms still used today. 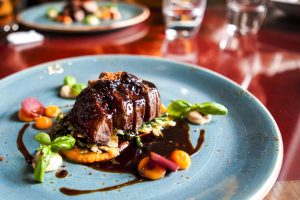 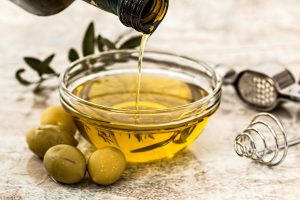 His book, Le Cuisinier Francois, was published repeatedly (30 editions total)all the way up to the French Revolution and remained in print until 1815. (There’s also a version available today.) His book became a standard resource for home cooks and chefs alike. He also wrote a book on French pastry. Other chefs followed with more books and discoveries, and these efforts give us the French cooking foundation we have today.

During the French Revolution, the guilds (which controlled the way things were done in various professions) were abolished. The lack of previous regulations and constraints helped expand French cuisine because any chef could buy the produce and ingredients he wanted and experiment with them. The trend moved away from exotic spices like cardamom, saffron, and cumin that were used in medieval times and gave way to local fresh herbs like chervil, sage, parsley, and tarragon, still true today.

The concept of Haute or high cuisine, which was famous among French and English nobility, was launched by Marie-Antoine Carême, a pastry chef discovered by French nobility in the early 19th century. He also was very influential and wrote 9 books.

Better-known in our time is August Escoffier, from the 20th century. He de-emphasized sauces and preferred “fumet”, or broth, as a base. Both sauces and fumet are still used in French cuisine, whether in restaurants or at home. He published Le Guide Culinaire in 1903, a standard text for French cooking. It had 5,000 recipes and was updated 4 times during Escoffier’s lifetime. In the 1960s, the idea of Nouvelle Cuisine took hold for a while. The meals were smaller, more decorative, and lighter. 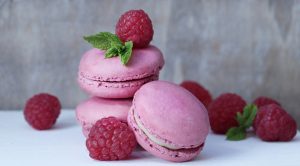 French cuisine retains its mystique for being high quality and rich, but like any type of cuisine, there are many recipes that are easy to prepare. Some recipes have sauces, but not all meals are heavy. An emphasis is placed on fresh foods that are homemade (though the busy French mom will still reach for convenience foods once in a while!) A full French meal will offer a cheese course before the dessert and coffee last. Different wines will accompany different courses.

In French cuisine, there are several foundational “bases” that will be used in many different recipes. Sauces make up one category, broths, another, along with different types of dough. For example, pate brisé is a type of dough used for a quiche or pie crust, whereas pate feuilletée is more like puff pastry, with many layers. And there are others, of course.

If you like to cook, it’s worth it to try a few French recipes. There are many French cookbooks in English, and French cooking classes you can take almost anywhere, including in France. You can do a cooking vacation or include cooking classes in your trip.

And if you don’t want to learn to cook French cuisine, you’ll surely appreciate eating some!

Here’s a brief summary of the course: