The French People: A Traveler’s Guide

We love traveling to France… picturesque villages, castles. We love the food, the wine. What about the people of France? They are part of the cultural tapestry that is France. Without them, you have buildings and streets, but no life.

For decades, Americans have held a stubborn belief that the French dislike them. I’m not sure where this began and how it has persisted. There were periods where we were at odds politically, such as during the Gulf War, but those days are far behind us. In reality, there is no true anti-American sentiment among the French today, with the exception of random individuals who will always have their opinions. As we do ours.

What lies behind this belief is perhaps a lack of understanding, knowledge, and even a lack of patience for differences. We skim over the surface as we enjoy the architecture, but don’t stop to understand how the French are different from us and how we can appreciate the differences. 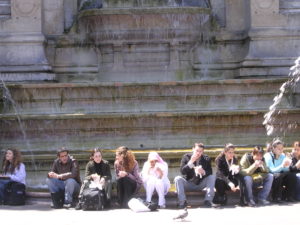 It is true, French and Americans are culturally different in certain ways. Some differences are slight and others are huge. But historically, the U.S. and France have been allies, co-helpers. And for centuries, mutually fascinated by one another’s cultures. The differences can be part of that fascination.

Here are a couple of books that will help you go deeper into the French personality if you like! If you’re short on time, the paragraphs following will give you a good summary.

Books: The Bonjour Effect and Sixty Million Frenchmen Can’t be Wrong, both by Julie Barlow and Jean-Benoit Nadeau. Numerous other books exist to help understand the French people better.

The French are: proud of their country and proud of their language, strong in their identity as French people, even if they sometimes complain about their politics, economy, etc. The French themselves will say that complaining is a national pastime! The majority would not live anywhere else if given the choice. 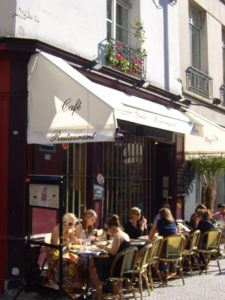 They are aesthetically oriented and strongly support the arts (there are sometimes government subsidies for artists.) They are deeply family-oriented and have a strong sense of personal family history, as well as cultural history. The average French person knows much more about the history of France than the average American knows about U.S. history. History and tradition are given an important place in peoples’ minds as well as on every street corner. (How many Rue Emile Zola and Avenue Jean Jaurès have you seen?) In fact, much of what I know of the French Resistance is from street signs in Paris. The French live face-to-face with the past, whereas an American are pointed to the future, as they pursue personal and societal progress and development.

The French have an inclination to rebellion, beating the system, taking to the streets. Demonstrations and occasionally riots aren’t rare events (as you know from reading the news.) However, they are also faithful friends and very social. Generally speaking, they are rational, logical, and intellectual. Many famous philosophers were French, and those who weren’t certainly spent time there. The same can be said for artists. 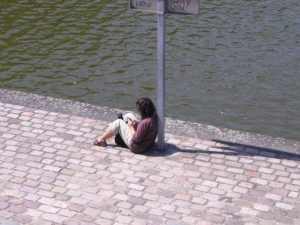 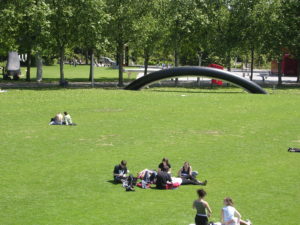 You can increase the likelihood of pleasant and smooth encounters with the French if you follow these few guidelines.

As you prepare for a trip to France, be sure to EXPECT to meet interesting and wonderful people, and try to learn what you can about the culture through its people. They are one of the national treasures of France.