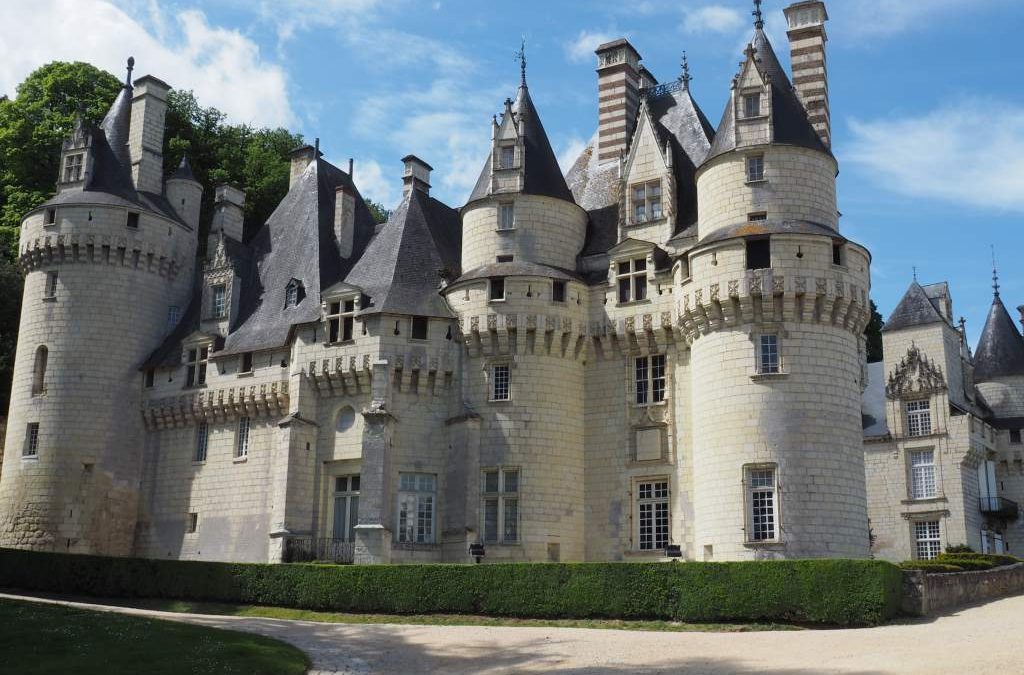 European castles are the stuff of fairytales and fantasies. Maybe that’s why we’re so drawn to them since we’ve grown up with these tales. Kings and queens, battles, court traditions. All over France, you can see these physical remnants of history, 40,000 of them. They aren’t simply childhood stories!

One place you’ll find a high concentration of castles is in the Loire Valley. There are about 300 of them (some sources say 1000) in an area of about 175 miles long. with varying ages and degrees of ruin or elegance. Some are tourist destinations, others are hotels, and still others, abandoned medieval fortresses. They are the magnets that draw the majority of visitors to the area.

This area is so close to Paris, where so many tourists embark, that it’s easy to include a castle tour in your vacation . . . even for a day trip!

Castles in the Loire Valley . . . And Why They are There

The chateaux of the Loire Valley give clues of the area’s noble and opulent past. The abundance of castles we see today in the Loire Valley has its roots in a spectacular military defeat during the Hundred Years War between France and England. Henry V of England defeated France in 1415 and became the regent of France, as well as heir to the throne. France’s king, Charles VII, fled Paris to the Loire Valley, followed by many other French nobles. The city of Orléans was later delivered from the English by Joan of Arc. 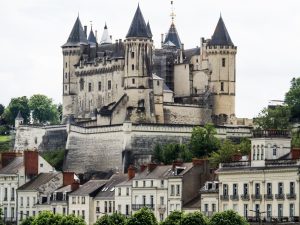 Once things settled down (and France was once again French), many of the exiles to the Loire decided to stay there, since the land was fertile, and the river provided easy transport of goods to many parts of the country. Later, during the Renaissance, the architectural revolution began, and many castles were built or restored. What was once a haven of exiles became the luxurious “suburbs” of Paris, even after the seat of government returned to Paris. At one time both Tours and Orléans were larger and more important than Paris.

Chateau of Loches: This castle was built in the 11th century as a residence and defensive fortress. It was built by the Count of Anjou, Foulque Nerra, known as the Builder (Foulque le Bâtisseur) because of the number of châteaux he built in the Loire Valley, 50 of them. Many of them exist today in varying stages of ruin. Since he lived in the 900s, those he built were made of wood. Many of his structures were later embellished with more modern building materials.

One nearly as old is the intact castle of Montbazon, built between 991 and 996 A. D. Its keep is 92 feet high! It was one of the many built by the infamous Foulque (or Fulk) Nerra. He was famous for his many castles and his bad temper. He is part of the family line of the English house of Windsor as well as the French monarchs.

The château in Angers is even older, from the 9th century. Its outer walls are 10 feet thick and it was considered impregnable in the day. It has unusual “stripes” of limestone and a darker stone called schist. It has 17 towers. Inside, you can see the oldest medieval tapestry in the world, Tenture de l’Apocalypse, from the 14th century, depicting the Biblical book of Revelation. 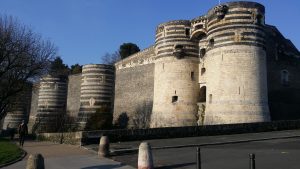 The oldest castle in France is called the Château de Thil, built in 850 A. D. It is not in the Loire Valley, but rather in Burgundy, a few miles west of Dijon. Additions were done in subsequent centuries.

Many of the Loire Valley castles were built between the 15th and 17th centuries. Not new, but these Renaissance castles are centuries more recent than their medieval counterparts. The above-mentioned history influenced the timing of these projects.

Chambord: The most immense castle with 400 rooms, originally built to be a hunting lodge for François I.

Chenonceau: A 16th-century castle built on the River Cher with a lovely, iconic bridge commissioned by Diane Poitier, mistress of Henry II, and enlarged by Catherine de Medici (his wife, once she ousted Diane.) 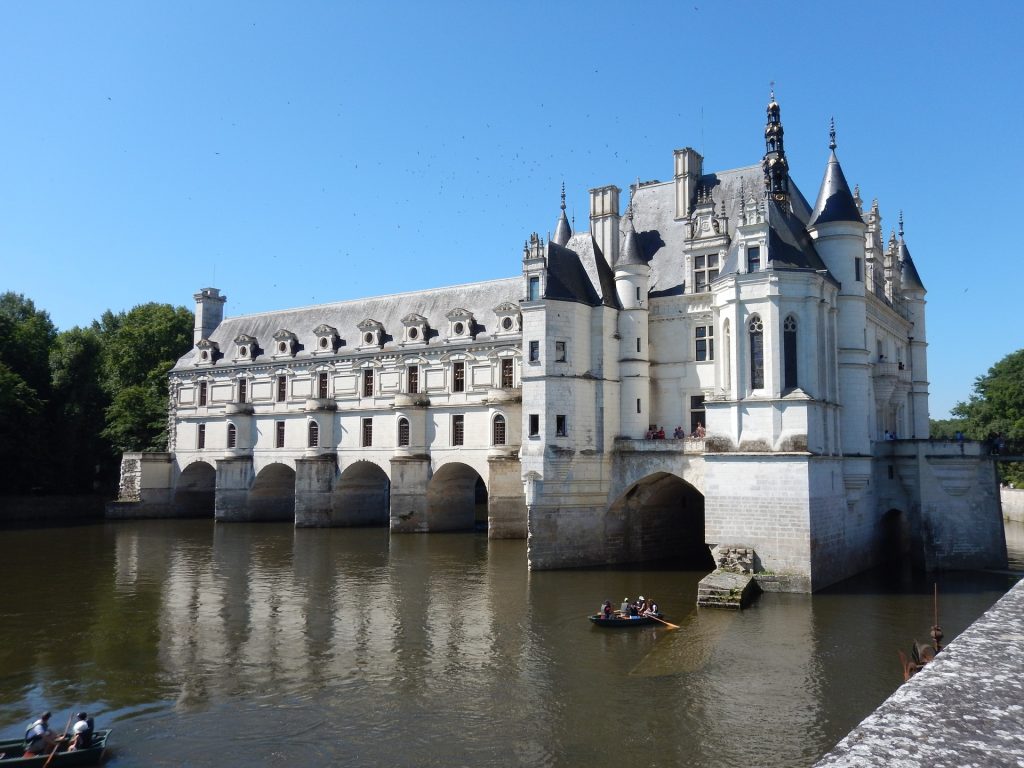 Villandry: This chateau in the center of the Loire Valley is best known for its 6 gardens (and 10 fulltime gardeners.)

Ussé: Also known as the Sleeping Beauty castle, since it inspired Charles Perrault, author of the famous tale.

Clos Lucé: The château inhabited by Leonardo da Vinci at Francois I’s invitation. His experiments are inside and outside the chateau for all visitors to see. In the same town of Amboise, you can see the Château d’Amboise a short distance away.

Of course, there are many more chateaux worth seeing. The best way to learn the best things to do in the Loire Valley is to check out my book, A French Garden: The Loire Valley. In it, you’ll find complete information about the Loire Valley, many different chateaux, travel itineraries (and lots more!) There is even a list of chateau-hotels you can reserve for your trip!

The newest castle in France is called Guédelon in Burgundy. The style is of the 13th century, even though it is still under construction today as part of an educational project to reproduce the methods of building used in the Middle Ages. The project was begun in 1997 after a French entrepreneur purchased the ruins of a castle and decided to build it back but using traditional means.

The Loire Valley can lure you for a visit with its amazing castles of all ages. If you plan a visit, you can see much more at the same time, such as vineyards, mushroom farms, and wonderful towns of varying sizes spread across the valley.

Some of the content of this post was originally published in the book, A French Garden: The Loire Valley by K. B. Oliver

Amboise: A Nearby Chateau…or Two

Tours: Gateway to the Loire Valley