7 Less Well-Known Museums in Paris Worth your Time

Maybe you’ve already seen the Louvre and Musée d’Orsay. You’re in the mood for a different kind of museum. There are many museums in Paris that are less well-known by tourists. These museums are fascinating and memorable and even sometimes “off-the-beaten-track”. (Not much in Paris is!)

ONE: Industry and Progress Musée des Arts et Métiers (3rd) In this museum you can see the history of gadgets and inventions, such as the first calculator invented by Blaise Pascal, early binoculars, cameras, cars, and airplanes. You’ll also see the progress of these inventions over time. Categories include transportation, instruments, materials, energy, and communication. Open daily except Mondays. Free the first Sunday of every month. Included in the Museum Pass. Take Métro line 3 to the Arts et Métiers stop.

TWO: Sculpture Musée Bourdelle is dedicated to the works of Antoine Bourdelle, contemporary of Auguste Rodin. The museum has varied examples of his sculpture and paintings but also a special area showing the materials and techniques used in sculpture. Located at 18 rue Antoine Bourdelle in the 15th district. Closed Mondays, covered by Museum Pass. 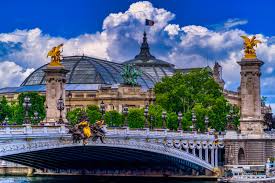 THREE: Science Palais de la Découverte. This museum housed in the Grand Palais (stunning architecture, to begin with!) presents science exhibits in 5 areas, including astronomy and physics (come see the particle accelerator and the Pi Room, if that’s your thing!) and currently a display of venomous animals and plants. Interactive areas are included, but most descriptions are in French only. Avenue Franklin D. Roosevelt, 8th district. 9 € for adults with 3 € supplement for the Planetarium Astro-Dôme.

FOUR:  Asian Sculpture/Art  Musée Guimet (arts asiatiques) is a museum in the 16th district full of centuries of Asian art pieces, over 60,000 in all. Art from China, Japan, Korea, India, Central Asia, and Egypt. Open daily except Tuesday. Take Métro line 9 to Iéna. You’ll see it when you exit the Métro station. Covered by Museum Pass.

FIVE: Textile and Tapestries Manufacture des Gobelins in the 13th district started out in the 15th century with a specialist of scarlet dyeing, Jean Gobelin. This work continued until 2 centuries later when it became the Manufacture Royale des Tapisseries de la Couronne (Royal Factory of Tapestry of the Crown.) It was responsible for the tapestries and carpet weaving starting with the reign of Louis XIV. Guided tours only, to see methods and exhibits of tapestry in the 400-year-old building. Tuesday-Thursdays 1 pm. 9 €. Free last Sunday of the month. 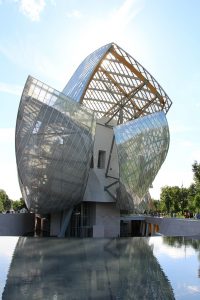 SIX: Art and Architecture Fondation Louis Vuitton is a memorable sight for its unusual architecture designed by Frank Gehry, with 12 glass “sails”. Then inside, you’ll enjoy open spaces with 11 galleries of modern art. Located in the 16th district at 8 Ave du Mahatma Ghandi (in the Bois de Boulogne.)

SEVEN: Italian and French Art  The Musée Jacquemart-Andre contains an impressive display from the private collections of Edouard André and his wife Nellie Jacquemart. All this inside their 19th-century home in the 8th district. On the ground floor is a tea and pastry shop to start or end your visit. Open daily except Monday. Metro 9 or 13, St. Augustin or Micromesnil. 158 Boulevard Haussmann. Adults, 14.50 €.

In Paris, you won’t likely run out of museums to visit! There really is something for everyone.

Much more info on museums and other activities in Paris from an insider’s perspective in Magical Paris: Over 100 Things to do Across Paris.