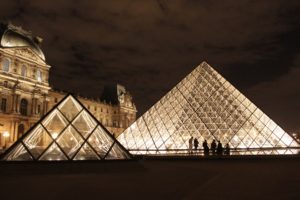 pick-pockets. Today it is a concept that pushes deep into our fears and intentions. Do we go? Do we wait? Will we be safe?

In the wake of terror attacks across the globe, we consider travel risk in a different way. These questions might graze our minds. In this post I want to address two levels of self-protection: from terrorist attacks, and from ordinary crime.

People have different levels of risk tolerance as a part of their personality. This is why tourism has fallen somewhat in France in the last 2 years. However, consider this: The tragedy that occurred in 2015 in Paris killed 130 people in one evening, yet in the U.S. the death rate by firearms is 10 times higher than other developed countries (source CBS News article). To put things in perspective, the following quote from the New York Times helps: “But even if France had a mass shooting as deadly as the Paris attacks every month, its annual rate of gun homicide death would be lower than that in the United States.” (June 13, 2016) Being killed by gunfire in France, the article states, is as likely as someone dying of hypothermia in the US. Even today.

With odds like these, I wonder if I really should let fear and the possibility of harm stop me from the joy of travel. I suggest two things: First, evaluate your own risk level. If you can’t enjoy your trip and feel comfortable, wait until a later time. However, if you feel comfortable going, take the following precautions:

For your general safety, you should ask at your hotel or if you have a French host or friends if there are any areas in town that you should avoid after dark, or even in the daytime. Sometimes you can tell by the way things look if you’re headed into a sketchy neighborhood.

Most crime in France is not violent crime but theft of property. Here are some tips to keep your stuff safe.

Take a photocopy of your passport, tickets, and prescriptions on your trip. You can check into theft insurance if you have expensive camera gear or electronics. Just in case.

Have emergency numbers on you. Did you know there is a Europe emergency number that you can call if you don’t know the local language? It is 112. It reaches emergency services no matter where you are and doesn’t cost anything.

To protect a rental car: Don’t leave anything valuable inside the car visible on the back or front seats or on the dash. Don’t leave maps or anything else that will identify you as a tourist.

You can register your trip with the US Department of State if you’d like to get alerts or in case you have any problems. If you are a victim of theft you’ll go to the nearest commissariat de police and provide a statement. You’ll need your passport.

Above all, don’t let fear stop you from enjoying one of the most wonderful countries to experience. Be careful, but enjoy yourself.