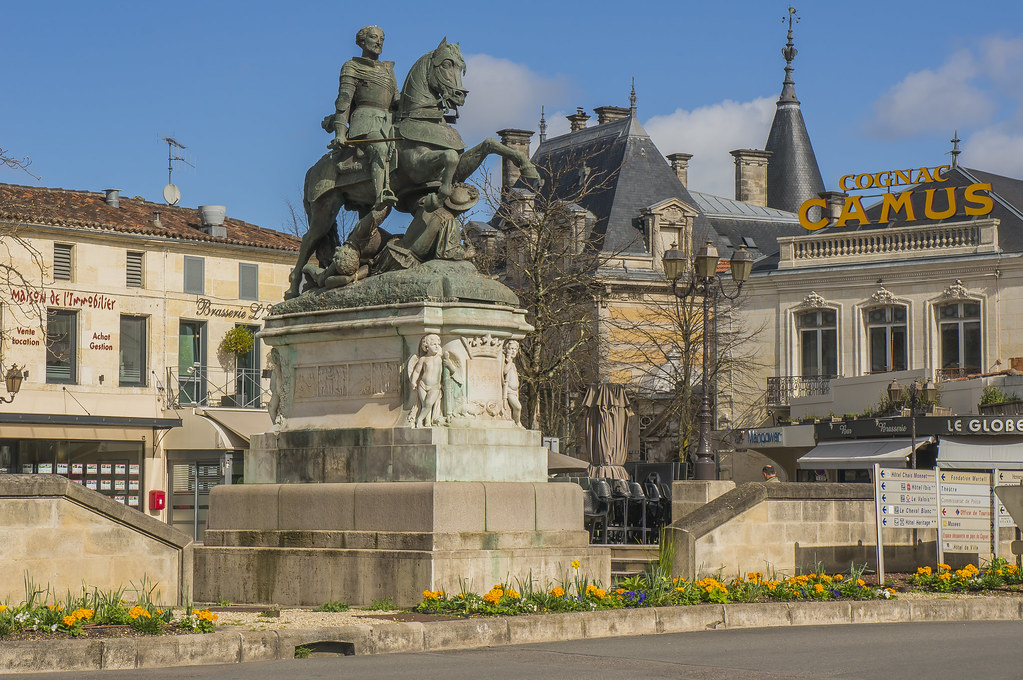 It’s not just high-end French brandy. It’s also a town of over 18,000 inhabitants. Cognac lies about 60 miles north of Bordeaux (100 km) and is close to the towns of Angouleme and Saintes. In Cognac, there is more there to see than only Cognac distillery tours and stores. 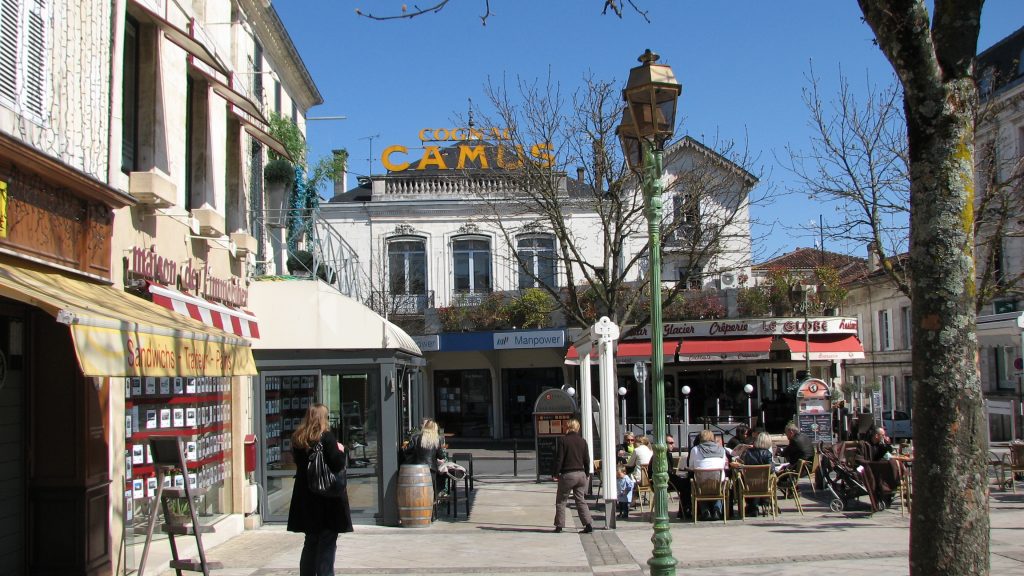 Alongside this charming, small town lies the Charente River, which cuts the town into two parts. The larger area is on the left bank near the ocean. On the right bank is the St. Jacques district. You’ll want to see both! The town is on one of the routes for the Santiago de Compostela pilgrimage. It’s also home to a French Air Force training base.

In the Old City, on the left bank, narrow roads wind around a small city center. Look for a trail called the Belle Epoche, which starts at the Place François I and ends at the Jardin de l’Hôtel de Ville (the city hall). François I ruled France for 30 years in the 16th century and is responsible for building several castles in the Loire Valley. Cognac was his birth city, and many places are named after him. You’ll also see his statue in the town square.

There in the Old City, you’ll see homes from the 16th and 17th centuries of wealthy salt merchants. Most have large windows, a sign of wealth. A few half-timbered houses are among them. François I gave a license to the city to trade in salt and it brought wealth to the city. Economic and cultural developments flourished in the 19th century. Many of the white limestone buildings have a black “velvet” growing on them, which is a black fungus promoted by alcohol steam.

Along the Charente River, there are brandy maturing warehouses as well as places to stroll after a delicious meal. (Cognac doesn’t just excel in brandy, but in food, too!) Each summer there’s a blues festival as well as several more festivals throughout the year. 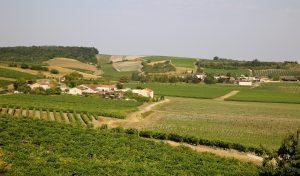 Some nearby picturesque towns (who also produce Cognac) are Jarnac, Bassac, Bourg Charente.

More to see in Cognac

Convent of the Recollets: This 17th-century former convent has gorgeous rib-vaulted ceilings and a covered well. Now, the building is used for various organizations, but you can visit.

Visit the impressive covered market, the biggest in the surrounding area. They sell local products and, of course, alcohol.

Musée des Arts du Cognac  has more Cognac history than art. You can learn all about the making of Cognac. The museum is inexpensive and housed in a 16th-century mansion next to the river. An interesting experience in itself!

The St. Leger church dates from the 12th century, but various later architectural styles were added. You’ll get the feel of all of French history through the old stones and rose window.

The town hall is located inside one of the several beautiful parks. Take a stroll and have a picnic.

Royal Chateau de Cognac is a historical monument but also a center of tasting. The building dates back to the 10th century. In the 15th century it was a private home, and Francois I was born there.

Later, the building was acquired by Baron Otard Cognac, whose products are now featured in their tours. Several tasting tours are offered. A historical tour of the chateau is concluded with either a Cognac tasting or one combined with other food at varying price levels. There is an age limit because of the Cognac.

Cognac: The Kind you Drink

There are 200 Cognac producers in and around the town of Cognac. Real Cognac is only made in this area of France. Other French brandies are made around the country, but they are not Cognac. The most famous names are Hennessey, Remy Martin, Martel, and Courvoisier. These four companies produce most of the Cognac consumed around the world. Other well-known brands are Otard, Camus, and Meukow. 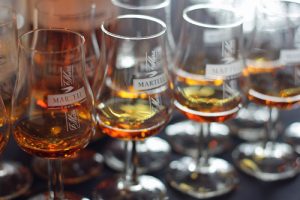 It’s not hard to find places to do a cognac tour and tasting. Many of the larger companies have locations on the riverfront and signs on the street corners will point the way. You can take a tour and have a tasting at the end. It’s best to reserve these in advance, especially if you need a tour in English.

Cognac is made from distilled white wine. It undergoes two distillations in copper pots and is then stored in oak barrels for a minimum of two years. Cognac makes up only a small percentage of the world’s alcohol production. The fact that it’s made in small batches and is a luxury item accounts for the price tag.

Grades of Cognac are in English. This is due to the fact that many of the first consumers of Cognac were English and Irish. Here are some examples: VS means very special, the youngest brandy. V. S. O. P. refers to very special old pale and is older than VS. XO means extra old, and its minimum age is ten years.

You can drink or visit Cognac, but either way, you won’t be disappointed!