A Taste of France: Quiche Lorraine 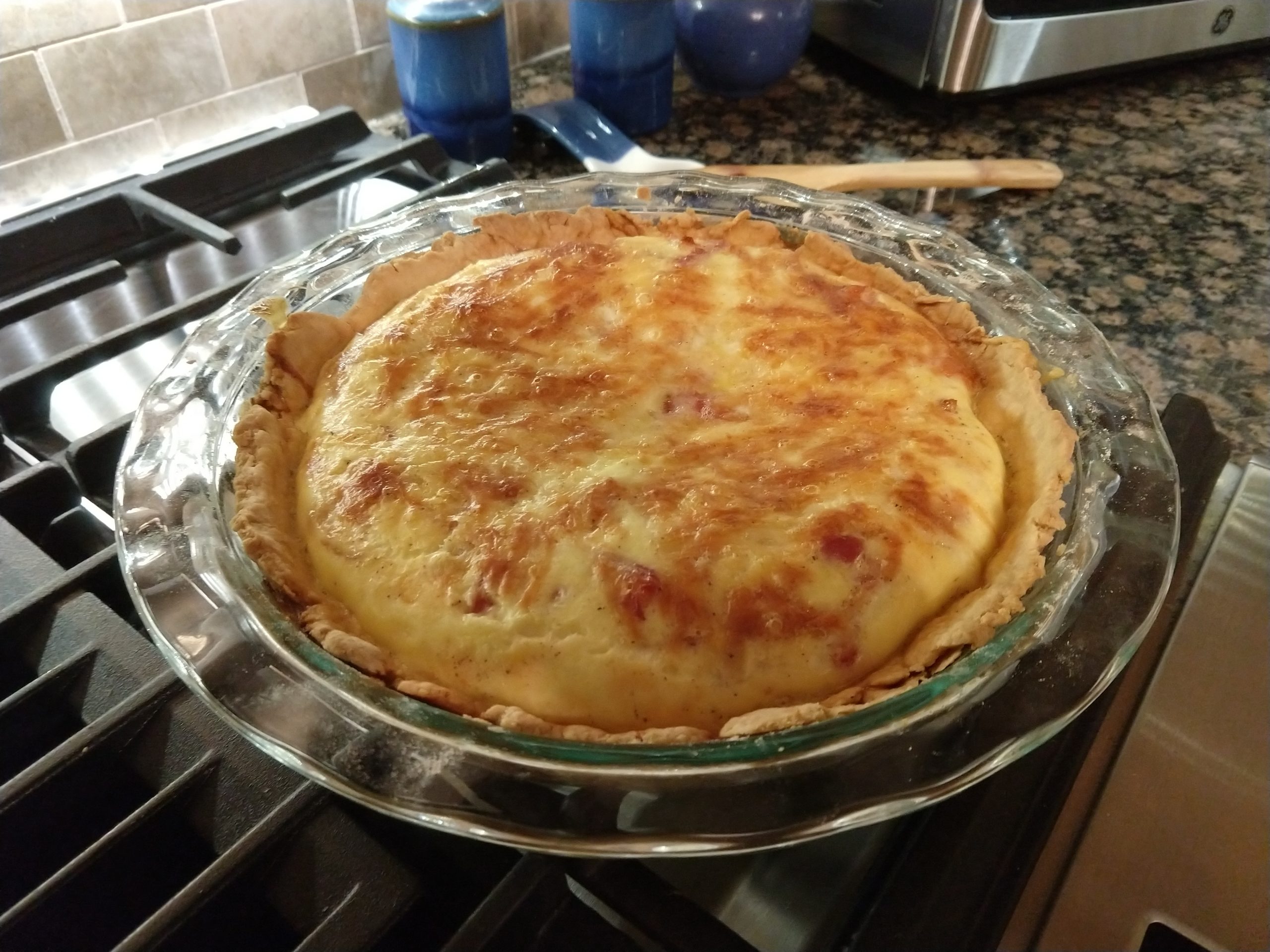 One of the best-known French meals is Quiche Lorraine. It originated in eastern 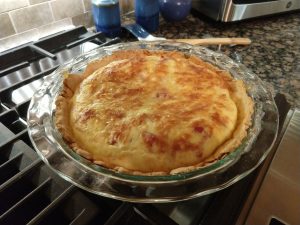 France in the Lorraine region next to Germany. There are many variations of the recipe. Some cooks choose not to add cheese, using only bacon for flavor. I think it’s better with the addition of Gruyère cheese, and most versions do have cheese.

The following recipe is based on one from French Country Cooking, by cooking legend, Anne Willan. Ms. Willan, a British American, was the founder of the La Varenne Cooking School in France, founded in 1975. It functioned as a bi-lingual cooking school until 1991, though courses were later offered for many years in Burgundy, France.

The first and most difficult part is making the crust.

If you want to skip this part, you can buy a ready-made crust and follow the rest of the recipe. I made the crust by hand and it is not my favorite part to do! Aside from the crust, Quiche Lorraine is a fairly easy recipe to make.

A typical French pie crust is called a “pate brisée”. Here is the crust recipe:

Sift the flour onto the work surface and make a well in the middle. Put the egg yolk, the salt, and the water into the well. Soften the butter then add it to the well. With your fingertips, work the ingredients together until they are mixed and resemble coarse crumbs. You may also do this with a food processor.

Press it into a ball and push it with the heel of your hand. Do this until it is sm 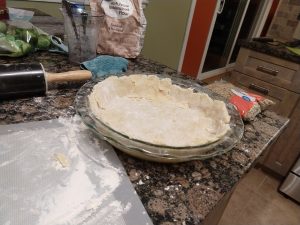 ooth, about 2 minutes. Shape it into a ball and chill for about 30 minutes in the fridge.

Brush the pan with melted butter. Lightly flour the work surface and roll out the chilled dough into a 12 inches circle. Drape it over the pan and press into the bottom. Trim off the edges of dough hanging over the top of the pan. Pierce the crust with a fork. With pie weights or beans on a piece of foil, bake in a 400’ oven for 10 minutes, remove the foil, reduce the heat to 375’, and bake 5 to 8 minutes more.

Now you are ready for the rest of the quiche.

(You can vary this according to taste. I only add ¼ cup half and half to the eggs when I make a quiche because I like it less milky.)

A pinch of nutmeg

Slice the bacon into small bits and fry them for three to four minutes. Lift them out of the fat and drain them on a paper towel. In a bowl, mix the cream, nutmeg, salt, and pepper. Add the egg yolk and the eggs and whisk until smooth and mixed.

Grate the Gruyère cheese. Set it aside. Sprinkle the cooked bacon and cheese over the bottom of the crust and add the egg mixture. (I like to put some of the cheese on top of the quiche so it’s cheesy and melted on top!) Bake the quiche in a heated oven until lightly browned, about 35 minutes. Let it cool slightly on a wire rack before cutting and serving. Don’t serve it too hot, or the custard will not be firm.

You can vary this recipe with the addition of your favorite ingredients such as sauteed mushrooms, sauteed leeks, or cooked sausage. Of course, it won’t be a Quiche Lorraine anymore, but it’ll still be very tasty!

Enjoy a taste of France while you wait to be able to go there.

Another thing you can do while you wait: Learn Travel French in a clear, easy-to-understand online course. Click HERE for more details.

A Cooking Vacation in France