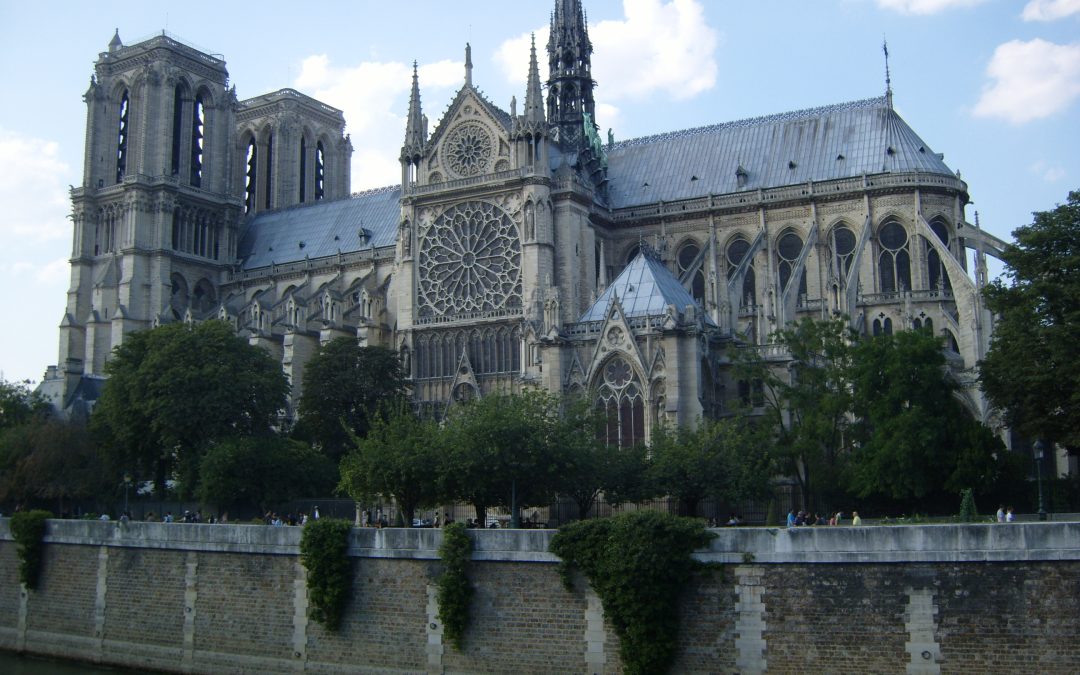 The History, the Fire, the Restoration

The Cathedral dates to the 12th century and displays impressive Gothic architecture. Over the centuries it underwent damage, restorations, and additions. In modern times, the world clamors to see its flying buttresses and stained-glass rose windows. The structure was popularized even more when in 1831 Victor Hugo wrote The Hunchback of Notre Dame. It has been a UNESCO world heritage site since 1991.

On April 15, 2019, a fire broke out at the Notre Dame Cathedral. By the time it was contained, the iconic spire had collapsed, and the roof and upper walls had been damaged. The cause, which occurred during some renovations, was determined to be accidental, possibly from a cigarette or an electrical short circuit.

For some time following the tragedy, the structure remained fragile and dangerous. Burned scaffolding and beams had to be removed. In September 2021, all the temporary structures were completed, securing the cathedral so that permanent repairs could begin. Work on the cathedral was halted for 3 months in 2020 due to the pandemic but resumed in June 2020. 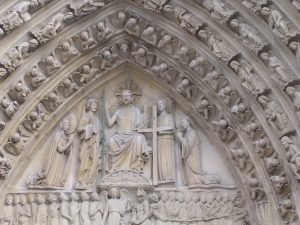 In 2020 following the destruction of the spire, architects discussed whether the spire should be adapted or restored to its original form. They unanimously agreed to restore the spire to its original condition. The spire will be reconstructed from oak, as the first one was, but modern fire prevention measures will be added to prevent another fire.

Meticulous cleaning of the cathedral has been ongoing almost since the tragedy occurred. The grand organ was dismantled and is being cleaned and restored off-site. The pipes are being removed and extensively cleaned from the residue of the fire, as well as the works of art.

The cathedral is currently closed to visitors but scheduled to reopen in 2024, despite several delays. In the meantime, visitors can admire the exterior, which is just as stunning (despite the scaffolding) as the inside was. If you travel to France prior to 2024, you’ll still enjoy the majestic sight of Notre Dame de Paris.

And now, still on the topic of France travel . . .

Take advantage of these opportunities to learn Travel French.

Wouldn’t you love to order your meal in French (or at least understand what’s written on the menu?)

Wouldn’t it be helpful to ask for directions to something you’d like to find without asking, “Do you speak English?”

Would you love to learn little by little and build on your language skills, not only feeling proud of yourself but equipping your language for future trips to France?

Oliver’s France can help. There are 3 great options.

This will help you master greetings and polite phrases before you travel. Either scroll down to the middle of the first page of Oliver’s France or find it in the Resource tab on the menu.

The full course offers 42 online videos so you can hear and practice French at your own pace. A comprehensive workbook and cheat sheets help you reinforce what you’ve learned. You can get just the first half of the course or the second half if that’s all you need or want.

This is the book that led to the creation of the course. Study the concepts and take the book with you to France. It’s real French, not just a phrasebook of fake French. It includes building blocks of real French plus travel-oriented vocabulary and dialogues. 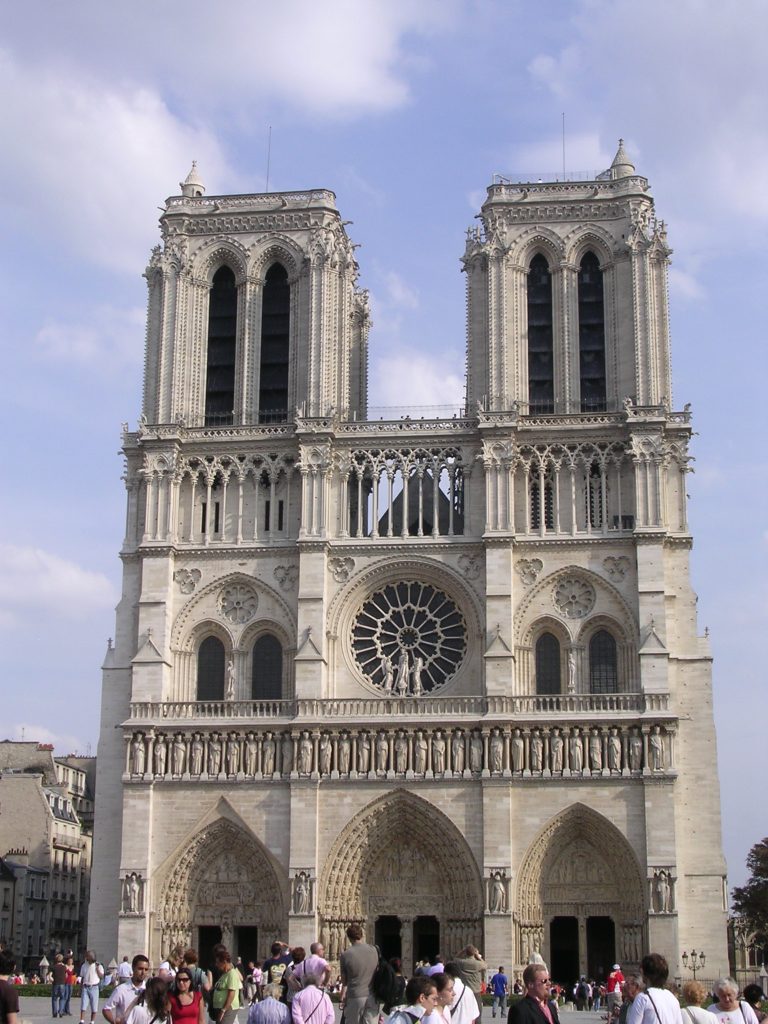 Five Impressive Monuments Outside of Paris

French Monuments: A Chateau, a Cathedral, and a Tower