Five Impressive Monuments Outside of Paris 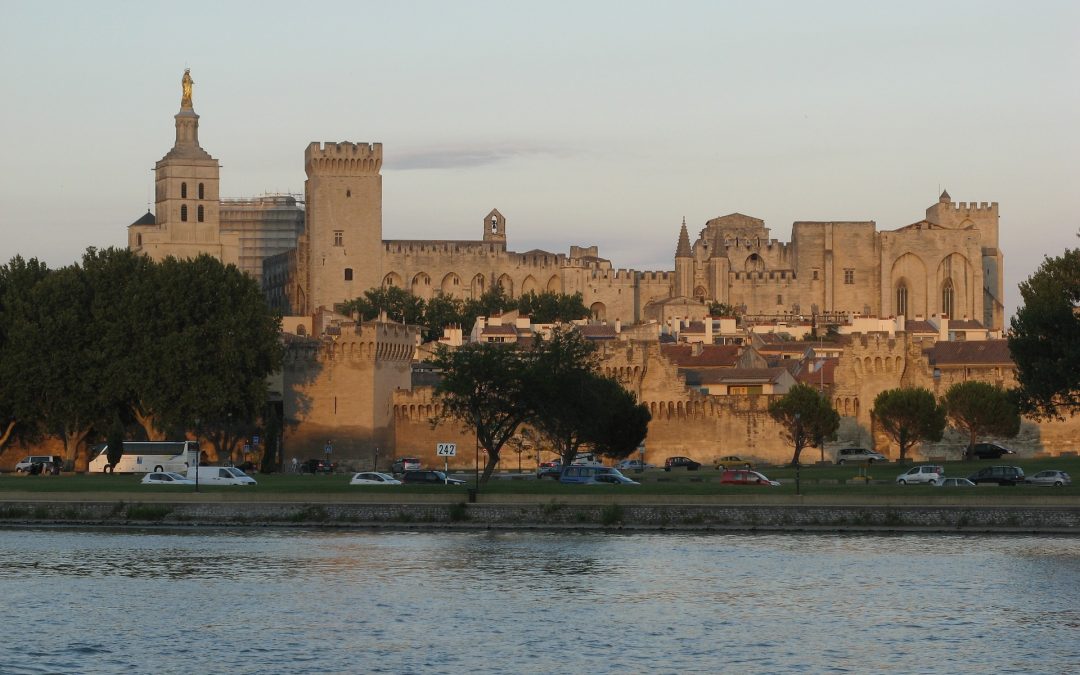 Amazing historical French monuments exist across the country. We’ve seen many in Paris but here are five notable examples of visible history in other parts of France: Le Mont St. Michel in Normandy, Abbey Fontevraud in the Loire Valley(Plantagenet burial place), the Basilique de Vézelay in Burgundy, and in Provence, Palace of the Popes and Le Pont du Gard.

Le Mont Saint Michel is a world-famous monument in France, attracting 3.5 million tourists each year. Along with the Eiffel Tower, it is the most visited and brings the most revenue of all monuments in France put together. 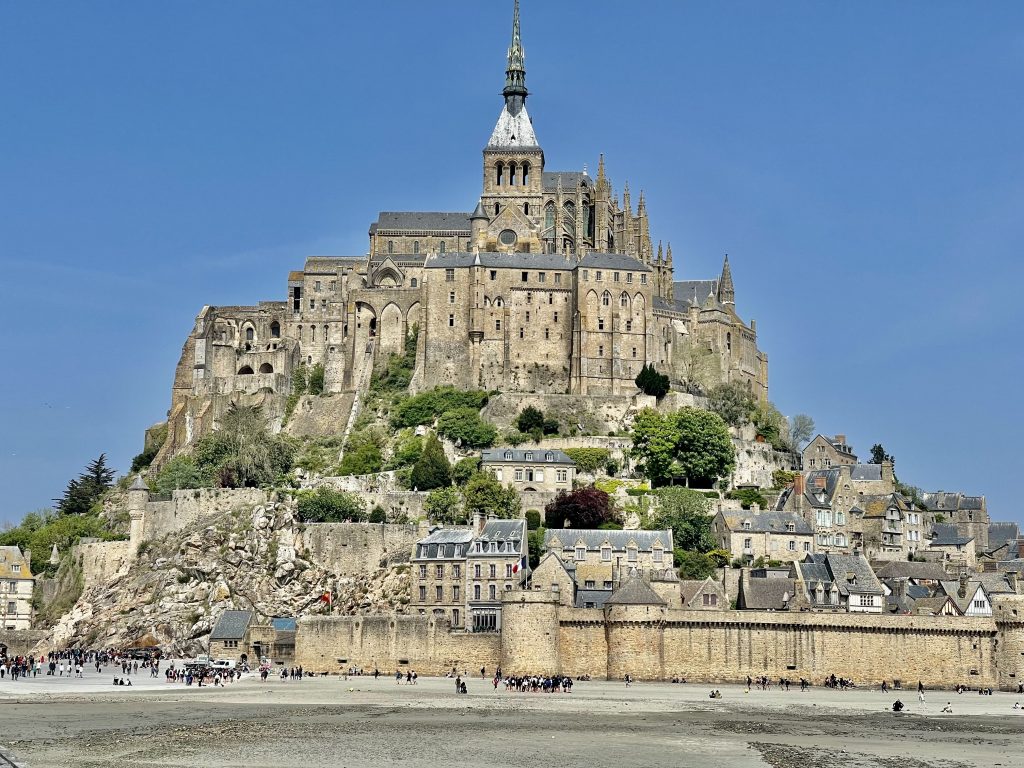 Planted high on a granite outcrop on the Normandy side but very close to the Brittany regional line, Le Mont Saint Michel has existed since the 8th century, and as a place of worship for Benedictine Monks since 966 A.D.  UNESCO named it a world heritage in 1979.

Medieval walls and towers overlook the town which circles upward to the ancient abbey. The town resembles an island at high tide but is otherwise surrounded by sand.  Before the building of a causeway to access the town, quickly rising tides turned it into dangerous quicksand. It was called le Mont St Michel from the 8th century after St. Aubert, the bishop of Avranches, saw the archangel Michael in a dream.

The island was fortified in 1256 and resisted both the Hundred Years War and the Wars of Religion. When Joan of Arc heard it had withstood the English, she was inspired to take part in fighting for France. Though the church dates from the 10th century, additions over the centuries added features in the Romanesque and Flamboyant Gothic styles.

Once you are there, you can enjoy La Grande Rue, a busy street with shops, restaurants, and hotels. There are plenty of things to see on your way up the mount to the abbey. You can take a guided tour of the abbey and visit smaller chapels and the cloister for a bit of quiet, as well as enjoy the small park and views from the top.

About 10 miles away from Saumur in the Loire Valley (under two hours from Paris) is a monastery founded in 1101. The impressive complex of buildings is called the Abbey Fontevraud. It is the burial place of the Plantagenet family, including Henry II, Isabella of Angoulême, and Richard the Lionheart. After Henry II’s death, his wife, Eleanore of Aquitaine, returned to rule from Fontevraud. It ceased to be a working monastery during the Revolution and later was a prison.

In the center is the main priory, connected to the church, kitchens, and cloisters, woven through with lush gardens. In addition to being a place of architectural wonder and serenity, there are concerts, conferences, and exhibits throughout the year.

The picturesque medieval town of Vézelay is perched on a hill and located in the Burgundy region, east of Paris. Though it’s more of a village, visitors flock to see the famous Benedictine and Cluniac monastery founded in the 9th century. The church, visible from afar, was built between 1120 and 1150. Its claim to fame was the acquisition of the relics of Mary Magdalene, as well as being a headquarters for those engaged in the Crusades. The church is a stunning masterpiece of Romanesque architecture. Impressive carvings on the portals and on the capitals in the nave tell accounts from the Old Testament. (Official name: The Basilique Ste Marie-Madeleine.) 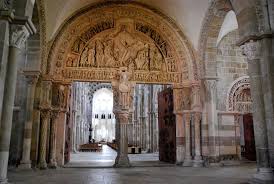 Along with visiting the church and wandering the scenic, narrow streets, you can take in some nearby vineyards to taste and learn about Burgundy wine (Bourgogne). Hot air ballooning, walking, and biking are also popular in this tranquil area.

Palace of the Popes

Now our visit to French monuments takes us to Avignon, a delightful town in Provence. Though the town’s medieval streets vibrate with restaurants, squares, and shops, a historical centerpiece is the Palace of Popes, the largest medieval Gothic palace in the world.

Built in the 13th century, the palace began as a fortress but later housed the papacy under Clement V, who left turbulent Rome for France in 1305. Nine popes occupied the building for nearly a century. Though papal power was restored to Rome by Gregoire in 1376, two years later at his death, a new Italian Pope was appointed. In protest, certain cardinals elected a French pope to rule from Avignon. This double papacy split endured until 1403 when papal power was restored to Rome. 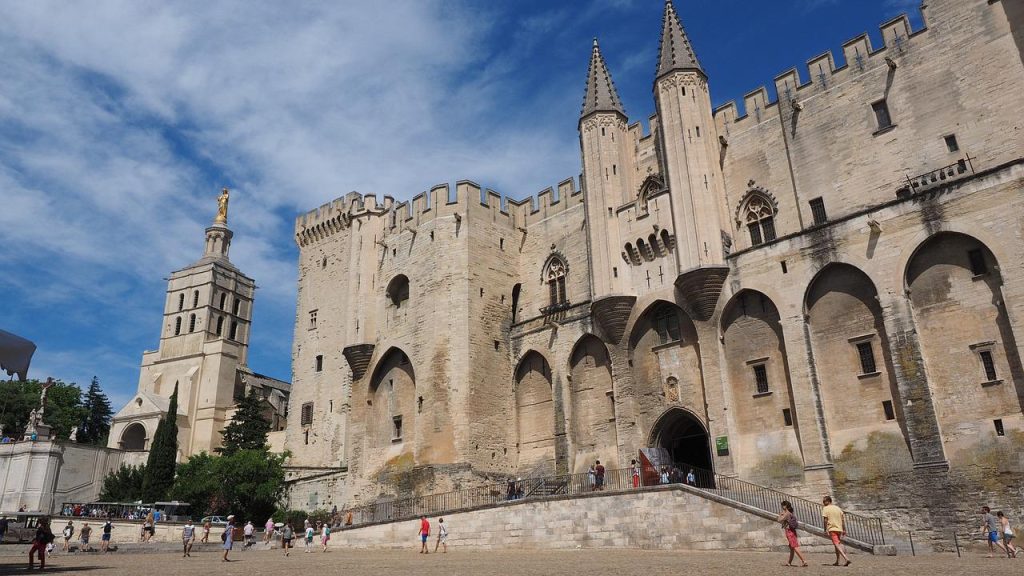 The Palace welcomes 700,000 visitors a year. Open 10 am to 6 pm daily. Adults, 12 € and children ages 8 to 17, 6€50. Combination tickets including the garden and the Saint Benezet Bridge (also known as the Pont d’Avignon) are17€ for adults. A “histopad”, a tablet where you can follow the history in your language, is offered as part of the admission. Guided tours are available for a supplement.

In this area, you can also take a road trip through the Luberon foothills as well as view the Pont du Gard, another historical monument.

A 30-minute drive from Avignon is the Pont du Gard, an ancient Roman aqueduct built in 19 B.C. to carry water over a distance of about 30 miles to the city of Nimes. It’s a marvel of ancient engineering, with three stories that tower over the Gard River and landscape. 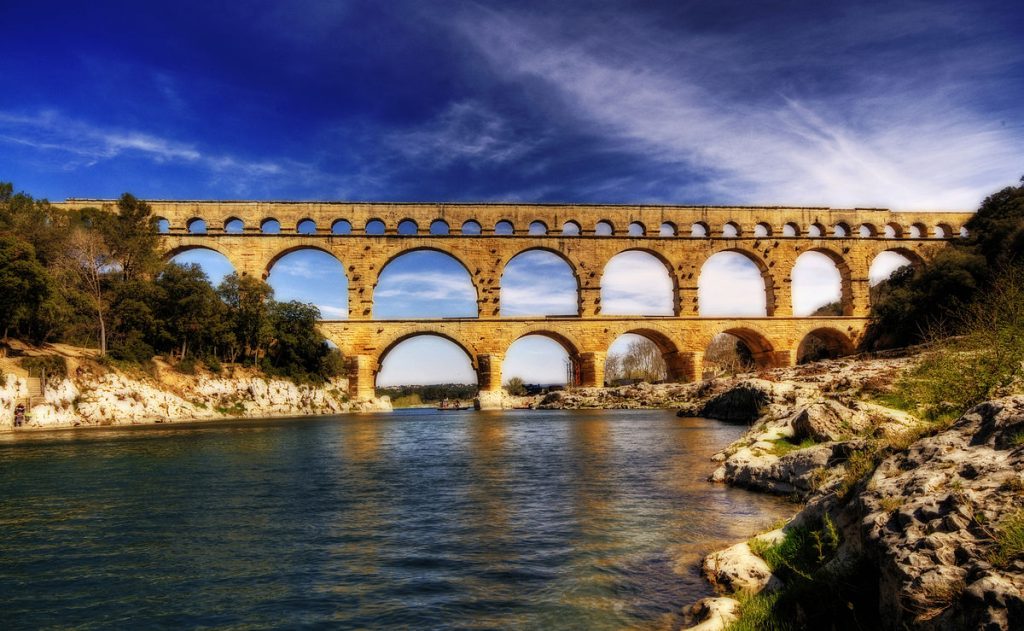 Though you can see it from a great distance, if you want to access the site, adults are 9€50 and children under 18 are free. Discounts may exist.

French monuments are history you can see with your eyes and sometimes even touch! They are called “world heritage sites” for a good reason!

You can learn about more monuments through the fully updated guidebooks:

Magical Paris: Over 100 Things to Do Across Paris

A French Garden: The Loire Valley.

5 Treasures in Central France (and a Road Trip!)