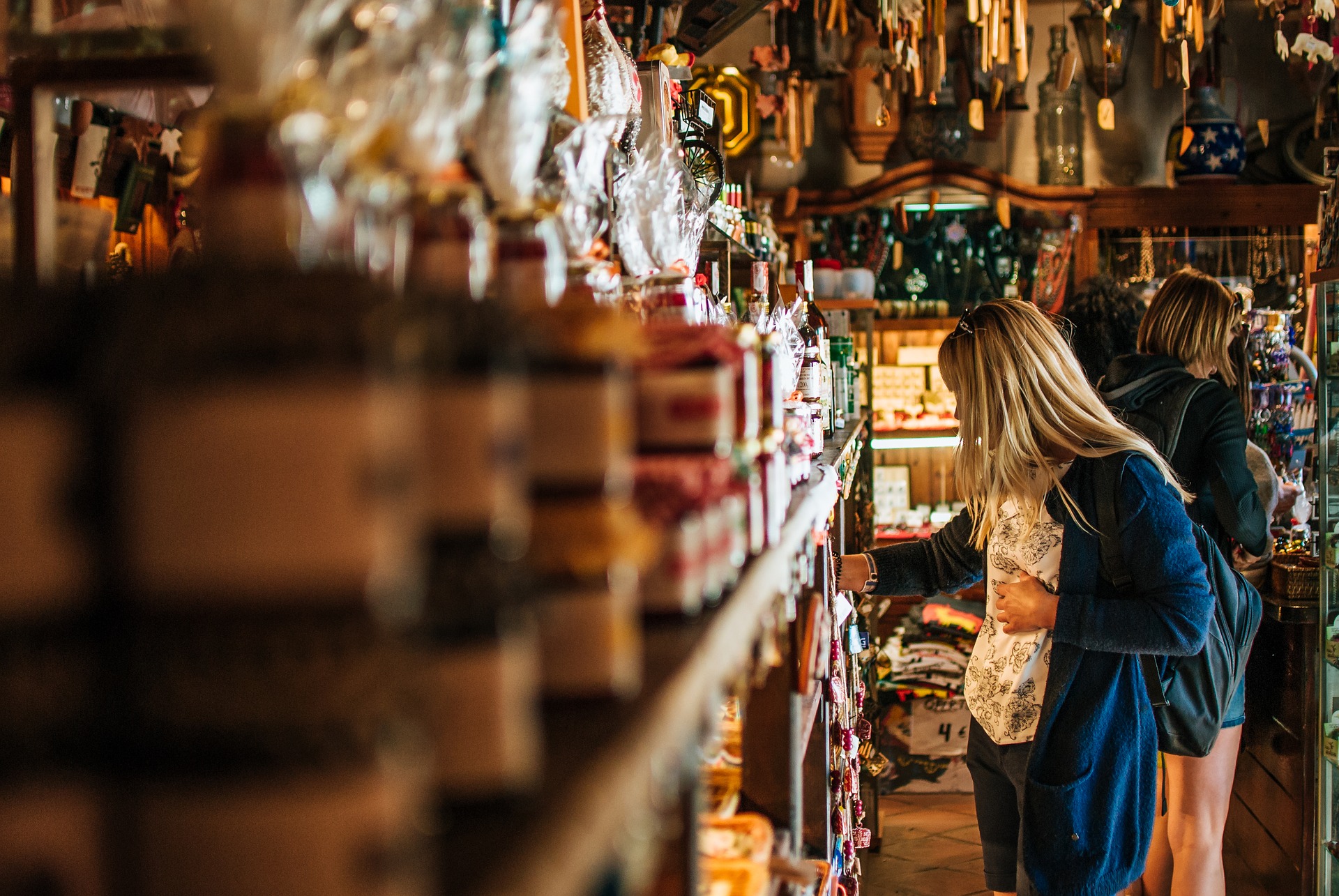 Smart shopping in Paris is easier with a few tips from a long-term resident. Here you’ll find ideas for getting bargains as well as the lowdown on where to shop. 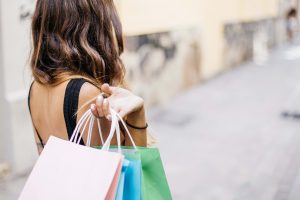 Shop your heart out in Paris!

Whether or not it’s your first trip to Paris, you might like some tips for your spree. Here is your overview of all kinds of Paris shopping!

For more ideas on shopping in France, check out Magical Paris: Over 100 Things to Do Across Paris, which touches categories like clothing, art, and antiques, as well as budget tips and more shopping streets.

Depending on whether you are looking for good value at a reasonable price or high-end luxury, you’ll head to different places. Some streets have both, such as the Champs-Elysées, which has flagship designer shops next door to European chain stores.

You can find reasonably-priced clothing, shoes, and household items in the following places:

Rue de Rennes is a long north-to-south street in the 6th district has loads of shopping. On its southern end, it meets the 15th, where you’ll find a big mall in the Montparnasse area (see malls, below.) On the north end, it crosses Boulevard St. Germain, another slightly pricier area.

The western end of Rue de Rivoli begins where the Champs Elysées dead-ends at the Place de la Concorde. Then it continues east through the 1st and 4th districts. This turns into St Antoine, which takes you to the heart of Le Marais, then Bastille.

Faubourg St. Antoine (11th) is another busy shopping street on the opposite side of Bastille running east, where you can find a variety of products and pricing.

You can find chain stores, boutiques in mid-price and luxury categories and a lot more at French malls, described below. 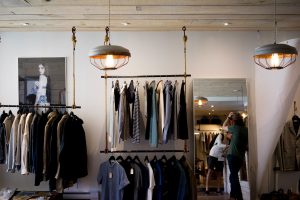 Higher priced, yet not luxury

As mentioned above, St. Germain in 6th has clothing and shoes and in the same district, you’ll find art and antiques.

Check out Rue du Commerce in the 15th  district . In the 4th district, Le Marais has a lot of higher-end boutiques and designer shops, but this area also has some second-hand stores (called Friperie or Troc, or sometimes Déjà-Porté.)

You’ll find luxury items on the Rue Faubourg St. Honoré in the 8th district north of the Champs Elysées. And north of there, you’ll arrive at the Boulevard Haussmann, a street known for the Grands Magasins, or department stores (see below.)

A destination bordered by three famous avenues in the 8th district is known as the Triangle D’or or golden triangle, where you’ll find luxury boutiques. The legs of the triangle are Avenue Montaigne, Avenue George V, and Rue François 1er.

Head to Rue de la Paix in the 2nd district for pure luxury (though once you see the prices you’ll stick to window-shopping!) Chanel is on Rue Cambon and Louis Vuitton has a store on the Champs Elysées and another on at the Place Vendôme (also loaded with luxury stores.)

And of course, there is the Champs Elysées, which has lost some of the luxury reputation, now mixed with regular stores. But it’s fun to go there and browse and take in a cabaret or movie.

Take metro Chausée d’Antin and you’ll arrive at Boulevard Haussmann, where you’ll find two of France’s historic department stores, Printemps and Galéries Lafayette. If you visit at Christmas, you’ll definitely want to see the lavish decorations of both.

Le Bon Marché is located in the 7th district at 24 rue de Sevres. There you have a pricey (even though bon marché means inexpensive) though interesting department store. One area you must see there is the gourmet food section, which covers an entire floor. 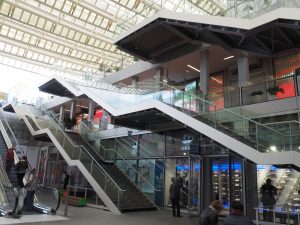 Yes, there are bargains, too, in Paris. Here is a list to get you started:

There are several malls around Paris, and many are very similar to malls anywhere else. Here are some locations :

All of this should definitely keep you busy and empty your wallet before you fly home!

20 Packing Tips for your Trip to France

9 Nitty-Gritty Tips for Traveling in France

15 Tips for your Trip to France